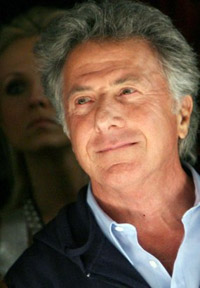 Dustin Hoffman has signed on to star in Luck, a new drama for HBO.

Deadwood writer David Milch is writing the script and A-list director Michael Mann is helming the pilot. The story concerns the world of horse racing, including provocative examinations of horse owners, gamblers, jockeys, and other industry players. Hoffman of course stars as the main character.

Production begins this fall in Santa Anita and L.A., with no air date set.