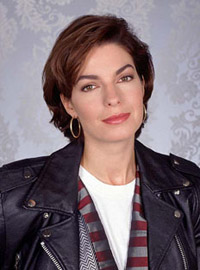 Well that was fast. Mere hours after it was announced that Melina Kanakaredes was leaving CSI: NY, CBS now says that actress Sela Ward will be joining the cast as Kanakaredes’ replacement.

According to producers, Ward will be playing a new character who’s “an experienced investigator from Washington, D.C., whose work is driven by her empathy for the victim.” She’ll first appear on the show during the Season 7 premiere in the Fall.