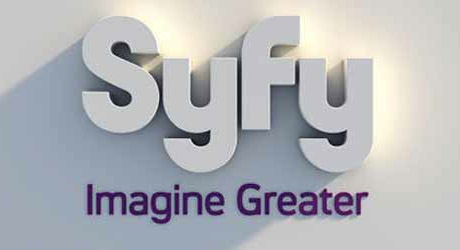 Syfy continues its recent trend of producing original scripted series with today’s news that the network has greenlit seven brand new shows. And unlike other recent offerings that found the once purely-scifi network branching out with a cooking show and a reality show about a professional psychic, these new shows get back to the network’s roots with entirely science fiction-based concepts…

Based on a 1999 comic book miniseries by Scott Lobdell and Ale Garza, Ball & Chain offers a playful twist on the superhero formula by pitting ex-lovers as teammates who have to be in close proximity to one another in order to access their powers. Although they have no desire to be together, they’ll have to find a way to get along in order to defeat the otherworldly forces that suddenly arrive and threaten to destroy them. No talent has yet been announced.

Me and Lee is a half-hour comedy about Joel, a 20-something guy (which Jamie Kennedy was once signed up to play, but it’s unknown if he’s retaining the role) who undergoes back surgery. When the surgery fails, Lee Majors (playing himself) comes to his rescue, escorting the young man into his high-tech lab and making him a bionic man. The series follows Majors and his young protege. Kennedy’s involvement gives me pause — his particular brand of comedy is not my cup of tea — but it’s got some strong pedigree in the writing department, with Weeds, Gilmore Girls, and Entourage among their lists of credits.

Orion is basically Tomb Raider-in-space. Syfy is billing it as National Treasure meets Firefly, but it remains to be seen if it deserves such a description. The main character hunts and steals “valuable and powerful objects” as her profession, so she can sell them on the black market. She’s aided by her own team or ship’s crew, but they’re always being hunted by bounty hunters. Sounds cheesy to me, and know it came from the writers of Underworld: Rise of the Lycans does not instill me with confidence.

Sherwood is another starship-set show, this time taking the Robin Hood legend into outer space in the 23rd century. This one comes from Amanda Tapping‘s production company — the same company responsible for Syfy’s Sanctuary — and will presumably be filmed using the same kinds of virtual sets as Sanctuary.

Legendary bares some similarities to Me and Lee. It’s a half-hour comedy starring Kevin Sorbo as an exaggerated version of himself, who’s enlisted by a fan to help him fight “underworld mythological creatures that threaten to destroy Los Angeles.” Sorbo himself produces the show, along with Battlestar Galactica executive producer David Eick.

Human Relations is described as “The Office meets Men in Black,” which sounds pretty apt, given the plot summary. It’s about an office temp who realizes that his weird working environment at a high-tech ad agency is actually a front for aliens trying to infiltrate and destroy the earth. If done right, this one could be a hoot, in a Third Rock From the Sun kind of way.

Last but not least, Zeros is a half-hour comedy satire about zombies on the loose and the Ghostbusters-type team that keeps them in check. Reportedly it’s set in fictional “Marshall City,” where a 30-foot barrier separates zombies from the rest of the city, and the Zombie Extermination and Removal Operations company is called upon to take care of things when that barrier is breached. The “ZEROs” are a ragtag group with their own issues to deal with, which is where most of the humor comes from, but Syfy says that when they get around to focusing on a case “they’re pretty effective, with very unorthodox methods.”

It’s unknown if these shows are slated to air in this fall, or next year.