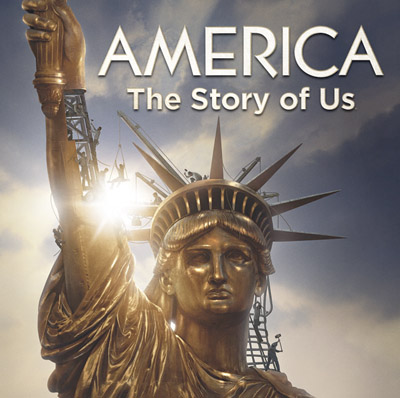 Stop whatever you’re doing and download this from iTunes.

The History Channel is preparing to launch a 12-part miniseries called America: The Story of Us, and based on that 5-minute free preview on iTunes (which actually had me holding my breath at one point), it looks like they’ve spared no expense on crafting the ultimate video history of the United States. Dramatic re-creations, spectacular visual effects, and narration from the likes of Meryl Streep, Michael Douglas, Buzz Aldrin, Colin Powell, and many more.

The Story of Us defines the spirit of what it means to be an American, and in times as uncertain as these, it might just be downright important. It premieres this Sunday at 9:pm EST on the History Channel.

Watch that preview. Watch it now.