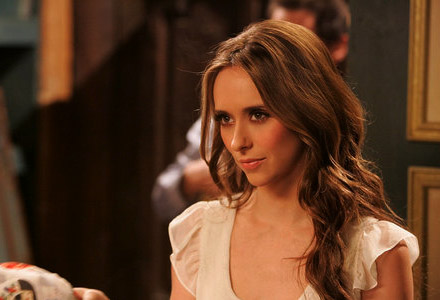 The final hope for Ghost Whisperer fans has just gone belly-up. As you may recall, CBS canceled Ghost Whisperer earlier this month, but there was talk that the show might get picked up by ABC.

Today, EW’s Ausiello reports that ABC will not be coming to the show’s rescue after all. The show was co-owned by ABC Studios and CBS, so ABC had the option to pick it up after CBS dumped it. But after five seasons on the air, Ghost Whisperer‘s time has run out.

Ah, Spring. Birds are singing, flowers are blooming, and network TV shows are being renewed or canceled. Or… something else.

Deadline Hollywood (which admittedly is known for reporting rumors more than facts) has an interesting exclusive today: they’re reporting that CBS shows Ghost Whisperer and The New Adventures of Old Christine are under consideration to possibly move networks over to ABC.

Both shows — which have been successes for CBS for years — are currently “on the bubble,” which means that CBS is considering canceling them due to falling ratings. But if that should happen, ABC is ready to swoop in and save the day. Ghost Whisperer is currently paired with Medium on Friday nights; Medium jumped from NBC to CBS last year, so CBS losing Ghost Whisperer to ABC would be especially ironic.

ABC is reportedly interested in coupling Julia Louis Dreyfus’ Old Christine with The Middle, a show they believe has a similarly popular female sitcom star in Patricia Heaton.