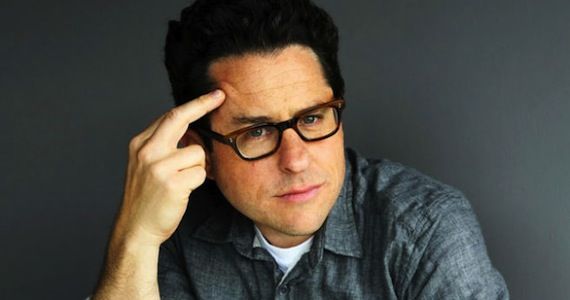 J.J. Abrams’ new in-the-works NBC drama is setting the TVsphere abuzz as it continues to round up its pilot cast. Believe lead Jake McLaughlin (In the Valley of Elah, Safe House, Warrior) will be joined by actresses Sienna Guillory (Resident Evil series, Love Actually, The Wicked Within) and Jamie Chung (Sucker Punch, The Hangover Part III, Once Upon a Time TV series), as well as newbie actress Johnny Sequoyah. END_OF_DOCUMENT_TOKEN_TO_BE_REPLACED

Man, it seems like this one’s been in “development hell” for ages. I remember hearing years ago that Powers, an original comic book by Marvel MVP writer Brian Michael Bendis and his frequent art partner, Michael Avon Oeming, was being made into a TV show. At very long last, it looks like that dream is becoming a reality.

Cable network FX has ordered a pilot for Powers, with a script by The Shield and The Walking Dead‘s Charles H. Eglee, and direction by Justified‘s Michael Dinner. The comic book follows the work of two homicide detectives named Christian Walker and Deena Pilgrim, who live in a world where there are countless super-powered humans. Walker and Pilgrim investigate crimes that are committed by super-powered people, while each hiding secrets about their own connections to the super-powered.

Should be interesting to see who gets casted in these roles. While not a title known by non-comic fans, Powers has been running for eleven years now, and boasts intensely loyal fans who will be watching to see if the book’s two lead characters are represented properly on the small screen. Also fascinating to watch will be the tone used by the show; Powers the comic book is profane in the extreme, with plenty of graphic violence and even nudity. Will FX attempt to tone down the content, or will they keep the raunchy elements and schedule it at 10:pm or 11:pm?

Circle of Confusion, the production company behind The Walking Dead, is producing Powers for FX. Erati will be keeping a close eye on this one.

Bad news for fans of Lost‘s Michael Emerson & Terry O’Quinn: their new show, Odd Jobs, has been shelved for the time being. The project, about a pair of former covert operatives, was sold by J.J. Abrams’ Bad Robot Productions to NBC, but pushed aside for unknown reasons.

In the meantime, Emerson has signed on for a different project, and it’s another high profile J.J. Abrams production: Jonathan Nolan’s Person of Interest at CBS. The show is about a presumed dead, ex-CIA agent who teams up with a mysterious billionaire to prevent violent crimes before they happen. (This key hook of the series — how they’ll prevent crimes before they happen — has yet to be revealed.) Emerson will star as the “mysterious billionaire.”

Emerson is in demand this pilot season, having also been offered a role on the ABC pilot Once Upon a Time. Which, coincidentally (or not), is being developed by a pair of Lost staff writers.

As the only actress invited to audition for the part, it was reportedly hers to lose. But David E. Kelley’s instincts must have been spot-on, as he’s awarded actress Adrianne Palicki the lead in his new take on Wonder Woman for NBC.

Palicki is best known for her ongoing roles on Friday Night Lights and Fox’s recent Lone Star. But looking over her resume, it looks like she was always destined for a breakout genre role, with past credits including guest stints on Smallville, Supernatural, the genre-skewering comedy Robot Chicken, and even The WB’s aborted Aquaman pilot.

You can find out more about NBC’s new, L.A.-set Wonder Woman reboot here.

Historical figures Arthur Conan Doyle and Harry Houdini are joining forces for a new Syfy drama called Among the Spirits, in which the duo will solve mysteries in the 1920s. In the show, which is based on a graphic novel by Steve Valentine and Paul Chart, the two team up with a female cop to solve bizarre crimes and supernatural-appearing events with the help of steampunk technology (similar to Guy Ritchie’s Sherlock Holmes).

Syfy describes the potential show as “a turn of the century Fringe,” but it sounds more like The X-Files to me, with Doyle and Houdini filling out the archetypal roles of skeptic and believer. The show has been put into development at Syfy, which is no guarantee of going into production, but it sure seems like a no-brainer.

Valentine and Chart will write the show and produce with Daniel J. Frey.