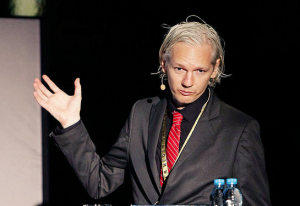 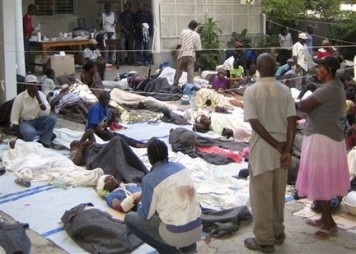 The earthquake that hit Haiti is one of the worst in history, and we are all witnesses to the suffering that the people of this country are going through. Even though you and I may be worlds away from Haiti, there are many ways by which we can help. For sure, you have been looking for ways to donate so here is a list of organizations that you can check out.

The easiest and surest way would be to donate directly to the Red Cross. If you do not know where the nearest Red Cross office is, you simply have to take out your mobile phone (in the US, at least) and send â€œHaitiâ€ to 90999. In doing so, you will donate $10, which will be billed to your mobile phone plan. Alternatively, you can call 1-800-REDCROSS for more information and options.

Another organization is Doctors Without Borders. They have been actively involved in charitable activities for as long as anyone can remember and they already have started organizing teams to help out in Haiti. To get in touch with them, call 1-888-392-0392.

The Clintons have been key figures in the relief operations in Haiti, and the Clinton Foundation is accepting donations as well. Text â€œHAITIâ€ to 20222 to donate $10 towards the operations in the country.

There is a more comprehensive list of organizations which you can contact here. Just a word of caution â€“ be very careful as to where and whom you give money to. As sad as it may be, the reality is that there are still those who would take advantage of the situation.

Do you consider yourself to be a charitable person? I know a lot of people who have made it their personal goal to do good deeds on a regular basis. They do it not because they want to glorify themselves, but because they value helping others.

At any given point in time, there will always be someone who could use your help. Right now, I cannot help but write about the plight of the people in the Philippines. The effects of Typhoon Ondoy (International name: Ketsana) have been broadcast all over the world, and nary a person is unaware of what happened in this Southeast Asian country.

Over the weekend, record amounts of rain fell in the capital and surrounding areas. A dam was opened to avoid further damage, but it only contributed to the unbelievable flooding that occurred in the cities and outlying regions. A lot of people have died, more are sick, and even more have lost everything they owned.

Imagine this: over 80 percent of the nationâ€™s capital was under water on Sunday. Today, a large part of the metro is still submerged; hundreds of thousands of people are homeless, and families are still unreached by rescue teams.

They call it the â€œequalizerâ€ â€“ both the rich and the poor alike were not spared; famous and unknown were exposed to the elements. And the more fortunate countrymen are joining together to offer what they can. You may not be Filipino, but you wonâ€™t help but be inspired by how they are dealing with this crisis right now. Itâ€™s something that we can all learn a lesson from. 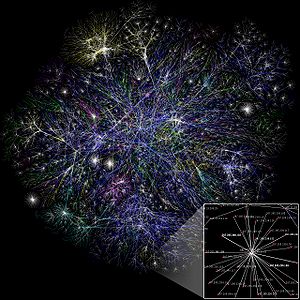 Which country has the fastest Internet connection? If you are thinking the United States, think again! The Communications Workers of America (CWA) recently conducted a survey to rank the countries of the world based on the speed of their Internet connection. The results were published in a report, and guess what? South Korea ranked number 1 with the average download speed of 20.4 megabits per second!

Compared to that speed, the United States lags far behind at only 5.1 mbps. In fact, the US ranked only 28th. The other top â€œscorersâ€ are Japan with 15.8 mbps, Sweden with 12.8 mbps, and the Netherlands with 11.0 mbps.

So just how fast is the Internet in the top countries? In Japan, for example, users can upload a video in high def within 12 minutes. Compare this to the 2.5 hours it would take the average American to do the same thing.

Who tested the speeds? Speedmatters.org was the one responsible for the testing and the organization reported that from 2008 to 2009, the average speed in the US increased by a mere nine-tenths of a megabit per second. The outlook does not seem very bright, as there does not seem to be any indication that the US will be making any significant progress in improving infrastructure.

On the bright side, President Obama has promised to make broadband available to every home in the US. While that does not mean that the speeds will increase, at least more people should be able to gain access to the Internet.

Hybrids seem to be spending a lot of time in the spotlight these days, donâ€™t you think? But have you seen or heard of this sculpture that is a different kind of hybrid that is taking the Internet by storm? If you havenâ€™t, then that picture should catch your attention at the very least.

So this is what has been going around the Internet, mainly through e-mails: this picture of a sculpture which is a juxtaposition of humans and dogs. I know that dogs are supposed to be manâ€™s best friend but this sculpture just does not evoke nice and positive feelings in me. Take a look at it again and you just might have an idea of what I am talking about.

The sculpture is the brainchild of Sam Jinks. This particular photo shown is titled â€œThe Young Family,â€ and is actually part of a larger collection dubbed â€œWe Are Family.â€ The hybrids in this collection, as you can see, are more human-like than dog-like, but the similarities still do not easily with the average person.

If you want to see more of these strange creatures, you just need to go to Patricia Piccininiâ€™s web site. Not a familiar name? Here is a short description from the National Gallery of Victoria:

She is keenly interested in how contemporary ideas of nature, the natural and the artificial are changing our society. Specific works have addressed concerns about biotechnology, such as gene therapy and ongoing research to map the human genomeâ€¦ she is also fascinated by the mechanisms of consumer culture.

Indeed, this collection supports that, doesnâ€™t it? What can you say about the sculpture?