We all remember how good ‘ol mom would always remind us to “brush your teeth before going to bed, dear”, or “use toothpaste for heaven’s sake” or “would you please brush your molars too?”. Â It was good for mom to do that, if they didn’t I think half the world (or even more) would be toothless by 20 years of age.

There is good reason mom reminds us to brush our teeth. Â It’s because parents can hardly afford a trip to the dentist these days. Â If you’re living in the America’s, Europe or any 1st and 2nd world country, dental work is very expensive. Â A tooth filling will cost about US$80 upwards… per tooth! Â A tooth extraction ranges from US$100 upwards. Â And as complex the procedures are, the price becomes even more expensive.

In third world countries, dental work is very cheap… with tooth filling starting at US$6 and tooth extraction starting at the same price. Â This is why many people flock South East Asia to have dental work done, along side a great vacation.

If you’ve been to HongKong, you’d definitely know the distinct experience it offers to tourists, businessmen and long-term vacationeers. Â Culture is the main offering that this open city offers its visitors. Â A mix really of several south east Asian cultures such asÂ Indian, Vietnamese, Filipino, Singapore/Malaysian and Thai. Â While the Chinese cultureÂ overwhelms it somehow balances out as the city government has zoned them quite well.

The food is not salty or greasy and seafoods are prepared especially well, usually served with steamed rice. Specialities include Dim Sum (savoury snacks, usually steamed and served in bamboo baskets on trolleys). These include Cha siu bao (barbecue pork bun), Har gau (steamed shrimp dumplings) and Shiu mai (steamed and minced pork with shrimp). The emphasis in Northern food is on bread and noodles, deep-frying and spicy sauces.

Specialities include Peking duck and hotpot dishes. Shanghainese food is diced or shredded, stewed in soya or fried in sesame oil with pots of peppers and garlic. Chiu Chow is served with rich sauces and Hakka food is generally simple in style with baked chicken in salt among the best dishes.

Let’s talk about the nightlife:

There are many nightclubs, discotheques, hostess clubs, theatres and cinemas. Cultural concerts, plays and exhibitions can be seen at Hong Kong`s City Hall which also has a dining room, ballroom and cocktail lounge.

The Hong Kong Cultural Centre, including a 2100-seat Concert Hall, 1750-seat Grand Theatre, a studio theatre with 300-500 seats and restaurants, bars and other facilities, has become the major venue for cultural concerts, plays and operas.

Hong Kong Art Centre in Wan Chai supplements the City Hall`s entertainment with culture in the form of Chinese opera, puppet shows, recitals and concerts. American, European, Chinese and Japanese films with subtitles are shown at a number of good air-conditioned cinemas.

Now about the best thing HongKong is known for… Shopping! :

Whether one is shopping in modern air-conditioned arcades or more traditional street markets, the range of goods available in Hong Kong is vast. Many famous-name shops have opened in Hong Kong, bringing the latest styles in great variety. Places that display the HKTA sign (Hong Kong Tourist Association) are the best guarantee of satisfaction. Bargaining is practised in the smaller shops and side stalls only.

There are excellent markets in Stanley on Hong Kong Island, which is in a beautiful setting in a small village on the coast, and in Temple Street, Kowloon, which is a night market. Tailoring is first class. Except for a few items such as liquor and perfume, Hong Kong is a duty-free port. 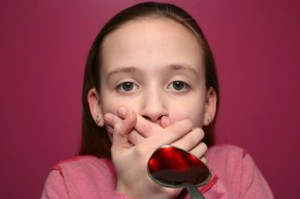 When your child is sick, the good parent in you will try to look for ways to keep the temperature normal. Â We’d all rush to the medicine cabinet to look for medicine “we think” is safe to give to our kids. Â If the cabinet doesn’t have it, we run to the nearest Wallgreens outlet.

Is this all really good first aid? Â Are we administering the right medicine, the right dose, the right time? Â Are we helping or harming our child further? Â

The best way is still to see your family doctor. Â Hands down, a physical checkup would clear all doubts and may even save your child’s life. Â If seeing a family doctor is not possible, make sure the last time you visit your doctor you ask him/her what the proper first aid steps are for the common child illness. Â And what type of medicine to stock up at home.

It is very important that we do not JUST give medicine without checking it in with your doctor.

I’ve heard too many horror stories about people being so much deep in debt that it is near impossible to actually live for tomorrow. Â With the easy acquisition of credit cards now a days how can you just resist? Â But is credit all that evil? Â Is there any good side to it? Â Researchers have said that having credit is a good thing. Â Whoooaaaa!

Well, he emphasizes that credit is good, as long as you can pay for it and still keep your bank account “on the black”. Â By having credit, you build up a good credit payment history. Â And that is what will be looked at when you begin to acquire big assest, like a house, a car… or even a business.

Too bad that a lot of people fall into the wide road of consumer credit. Â What with all the consumer ads flooding media these days… 0% interest? Â No payment until next year? blah blah blah. Â It is no wonder that a lot fall into the trap, they make it too easy. 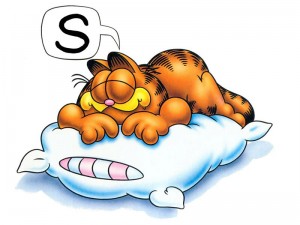 During my school days my teacher would always catch one of my classmates sleeping during lecture. I kid you not, and I know you have fond memories that are alike. Sleep is important, it recharges the body with needed “idle” time. Muscles flex and contract the whole day and they just need to be put into “neutral” position. When the body says you need a shut-eye, it is hard to resist. To avoid embarrassment of being caught sleeping at inappropriate times follow these suggestions:

If you have trouble falling asleep night after night, or if you always feel tired the next day, then you may have a sleep disorder and should see a physician.

This disorder will surely affect your health and the quality of your life.

Your primary care physician may be able to help you; if not, you can probably find a sleep specialist at a major hospital near you. Most sleep disorders can be treated effectively, so you can finally get that good night’s sleep you need.