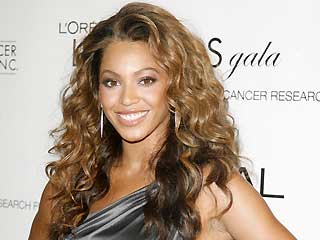 Considering the string of platinum records, singles and Grammys that former Destiny’s Child member Beyonce Knowles has, it’s hard to imagine her to be jinxed in anything. For some reason, the month of July have also paved the way for an even more bewildering string of unfortunate incidents. Earlier this month, two young concert goers in St. Louis were injured after pyrotechnics used for the opening of the artist’s concert malfunctioned and caused sparks to fly into the audience.  The names of the two victims were not released to protect their minor status. Doctors at  Barnes-Jewish Hospital said that the injuries were minor and both patients were expected to make a full recovery.

It didn’t stop there.

Just a couple of days ago, the artist behind hits such as “Irreplaceable” and “Dangerously In Love” fell off a flight of 12 stairs as she was wildly dancing during one of her sets.  Just how bad was the fall? Due to the regulations that would make us legally liable should we post a video, let me just summarize it into two words – face plant! Beyonce totally lost her footing and fell face first into the stage. Despite the horrid fall, Beyonce gamely picked herself up and continued with the performance as if nothing happened! Now that’s a trooper!

Beyonce then asked the audience to refrain from posting the video to Youtube. Of course, some of her fans chose to do it anyway. Sony BMG, Beyonce’s record company, has had a very active role in pulling copies of the video in Youtube. The woman who took the video chose to remain anonymous but noted that Beyonce was wildly shaking her head prior to her losing her balance.

The good news? July is ending! Hurray for Beyonce and her fans!