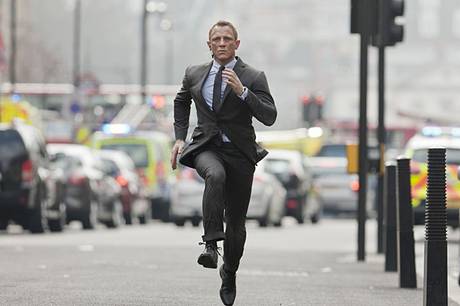 Celebrities are imperfectly humans and as such, they are not exempted from experiencing physical and emotional pain that ordinary folks go through. No matter how much they take care of themselves or find ways to protect themselves, accidents are bound to happen. And so you hear news and stories about actors and actresses, young and old, getting injured even while performing their work.

These celebrities are just so fortunate they can afford to insure themselves and specifically certain parts of their body. In the event they get injured, they not only get to claim millions of dollars in insurance but they can also claim damages in the millions with the help of a good personal injury lawyer.

Here are some of the most serious celebrity injuries in the recent years that resulted in a trip to the ER and some stitches.

Unknown to some movie fans, Daniel Craig does his own stunts in his Bond movie series. In the filming of his 2008 Quantam Solace, he injured his face and finger. The wound on his face resulted in eight stitches while the topmost part of his finger was sliced off. Fortunately, Craig did not require a long period of recovery as he was back filming the same afternoon after a quick treatment at the hospital.

Recently, Craig also injured his knee while filming his latest Bond movie Spectre, the sequel to Skyfall. The accident occurred at Pinewood studios in Buckinghamshire in February.

Hugh Jackman was so cool about the injury he suffered while filming an Oprah Winfrey special in Australia. The star of X Men and Wolverine zipwired his way down to the stage in front of Sydney’s famous Opera House and accidentally slammed his leg into a studio light. The result? Jackman got a blackeye.

Halle Berry broke her arm whie shooting for the movie Gothika. And did you know who broke her arm? It’s fellow actor Robert Downey Jr. while acting an intense scene in a mental ward.

In that particular scene, Downey twisted Berry’s arm and forced her into a cot but he realized something was wrong as he heard a pop from Berry’s arm. The actress was rushed to the hospital and filming was stopped afterwards to allow Berry to recuperate.

Moulin Rouge was a very important film for Australian actress Nicole Kidman. But it was also this movie that got her injured. She apparently fractured her two ribs and hurt her right knee. As a result, many of her remaining scenes had to be shot while Kidman was sitting down to cover the cast on her leg. According to Kidman, it took her two years to recover from that injury.

Leo cut his hand while filming one of his climactic scenes in the movie “Django Unchained.” The scene required him to slam his hand on a table but he did it so hard that he broke a glass resulting in a cut in his hand. Despite the wound, however, DiCaprio continued filming the scene and his genuine bloodied hand was even shown in the movie’s final version.

While filming the box office film Iron Man 3, lead star Robert Downey Jr. injured his ankle. His injury resulted from a stunt scene. Following that incident, the filming of the movie was delayed for a month until Downey recovered.