When it comes time to move, whatever the reason you are moving, it can be helpful to let your kids help out with the process. Maybe you are just moving across town because you’ve outgrown your current home. Maybe you’re moving to a new town, which means a new school. 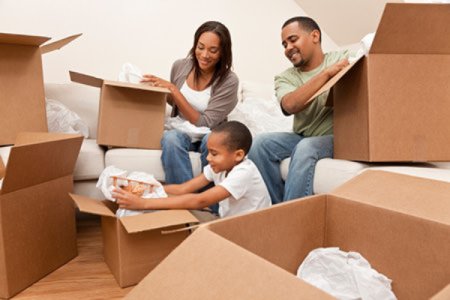 By letting your kids be part of the moving process it can make it easier on them when it comes to changing schools and friends. It gives them something to do, and might help take their minds off the changes coming up.

Let Them Pack Their Own Stuff

Letting your children pack up their own rooms can do a lot of things for them. Not only do they get to feel like they are part of the moving process, but they will also get to see how much stuff they really have. Let them pack their own clothes, toys, and anything else they have in their rooms.

Help Them Let Go Of Some Things

By seeing how much stuff they have you may be able to convince your kids to get rid of a few things. Instead of just giving them boxes for the stuff that is moving with them, let them know that they’ll have less unpacking to do in the new house if they start sorting through their belongings now.

Give them a box for donations where they can put items that they no longer need or want, things they have grown out of, and stuff they just don’t play with anymore. Take them to the local thrift store and have them donate their stuff and find out where it goes and who it helps.

Teach Them How To Properly Pack Important Items

Make sure that they know how to wrap breakables, and how to not pack heavy stuff on top of light stuff. Teach them to use smaller boxes for books, and larger boxes for lighter items, like stuffed toys. They be expert movers when it comes time for them to move out of your house and on their own.

Let Them Help With Unpacking

Once you are all moved into your new home, let your child unpack their stuff and decorate their own rooms, with your help of course. They’ll feel more at home if they have some say in what goes where. It’s helpful to have all of the bog furniture in place first, so that they have someplace to put all the stuff they are pulling back out of those boxes.

Moving isn’t always easy, for adults or children, but by letting your kids be part of the process you can make it a little less boring and scary for them. If you make a lesson out of it then they’ll get more from the process as well.