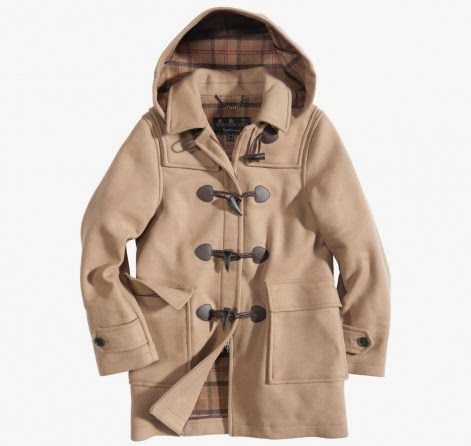 With the winter season already around the corner, it’s the best time to take your coats out of the closet. Layering is still the most effective way to keep yourself warm and a must-have especially if you’re in the U.K. is the duffel coat.

To look trendy during this time of the year is to wear a hood that’s attached to your top or coat. A classic duffel coat with a hood is a great warm clothing to wear and one that can make you standout from the crowd. This is available in many online stores and physical shops worldwide that sell stylish and durable winter outfits in the U.K.

The classic knee-length duffel coat dates back to te Second World War. Its name referred to a heavy woolen cloth manufactured in the town of Duffel in Belgium. Monty coat was another term used for this British winter clothing. The name is credited to then Field Marshal Montgomery who wore the coat to identify himself with his troops.

With huge pockets, check lining and toggles, this kind of coat was originally created exclusively for the British Royal Army to protect their men from the harsh winds blowing from the Atlantic and North Sea. The design was considered to be very practical and could even be worn over another coat.

Post-war, civilians who loved the clothing started wearing only the army surplus duffel coats sold at reasonable prices. By 1953, the commercial coats were introduced in the market by British company called Gloverall and eventually became popular particularly among students. Initially, they were created for men only with women buying the smaller sizes that could fit them. Those designed for women arrived in the market only by during the late 1960s. The Gloverall version of the duffel coat used leather fastenings and toggles made from Buffalo horn.

Although various styles of the coat are now available on the market, the authentic British style has several signature features. Instead of the usual buttons, it makes use of the wood or horn toggle fastenings. There are normally four of them with rope or leather loops attached to each. The idea behind using the toggle is to allow the wearer to easily fasten and unfasten his coat even while wearing thick gloves due to the cold weather.

It also has a large bucket hood that can fit over the naval cap. It has a press stud adjustment. The later versions already feature the so-called pancake hood considered to be neater than the original one.

The coat has two large patch pockets as well. The post-war design also has covering flaps for the pockets. As for the fabric, the modern versions normally use the Melton cloth.

The Japanese are among the loyal wearers of the duffel coats. In fact, 40 percent of Gloverall’s market is in Japan. Other famous manufacturers of this winter coat are Burberry and Aquascutum.