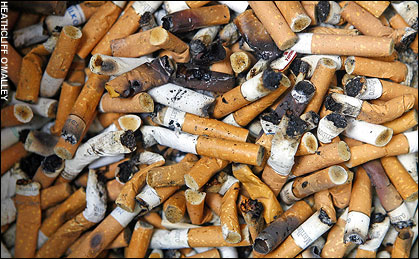 No matter how minor your medical issues, you want them treated responsibly. But in the world of the movies, what passes for medicine is far from accurate and can even be dangerous. A shot to the heart or defibrillation on a wet patient straight from a swimming pool? Not in real life. Here are some major medical mess-ups made famous by films.

“The Abyss” Of Medical Errors

While medicine has come a long way since 1989, the medical shortfalls in James Cameron’s “The Abyss” were egregious even then – they got the practice of CPR completely wrong! Performing weak chest compressions with bent arms for a very brief period, unsurprisingly fails to restart the patient’s heart, and somehow the water surrounding the patient doesn’t cause electrocution when they administer shocks.
It’s not surprising that movies rarely show believable CPR, of course – performed correctly you could actually break someone’s ribs – and sometimes CPR goes on for as long as 15 minutes, not exactly movie material. But even worse than the failed chest compressions is what finally revives the patient in “The Abyss” – a slap to the face! That isn’t the prescribed medical treatment for anything.

The 2008 film “Seven Pounds” offers an elaborate – and unrealistic – take on organ donation. Starring Will Smith as an IRS agent, Smith plays a character set on donating his heart to the woman he’s fallen in love with. But what’s more, Smith’s character becomes a live organ donor for numerous people before executing his plan to die in an ice bath to preserve his heart for his girlfriend.
Not only do people not donate multiple organs in live donor situations, Smith’s organs wouldn’t be accepted through any donation counseling process. And what’s more, dying in a tub of ice doesn’t make for a preserved heart. Hearts for donation typically come from people with still beating hearts or whose hearts have just stopped while in a hospital setting.
Overall, films do a dreadful job with representations of organ donation, much to the chagrin of real life doctors. The closest you’re likely to get? Stem cell and bone marrow donation in films like “My Sister’s Keeper.” Even this film misses the medical mark on several fronts, but it does accurately represent preimplantation testing meant to bear a child with the right medical profile to donate these things to an ill sibling.

If you saw the most recent James Bond movie, you’ve been exposed to some terrible brain information. According to one neurosurgeon, the way Bond’s head was drilled into as a form of torture would most likely have punctured his vertebral artery, killing him, rather than harming his facial recognition. Those aren’t even close to the same thing.
Overall, brain surgery, and brain information more generally, flunks the reality test in most movies. Hit someone really hard on the head and knock them out? Oh, they’ll be fine – right? No, they may never wake up if they’re hit that hard. And degenerative neurological conditions like Alzheimer’s? While movies like “Still Alice” gets some of the central facts right, the pace of illness progression is too fast.
As with organ donation, you may want to skip the fictional accounts if you want accurate info on brain surgery. Instead, sources like the television program “The Doctors” that host actual neurosurgeons, are a far better source for accurate neurology information.

No matter what the medical issue, the movies and TV are unlikely sources of accurate info. So enjoy “Grey’s Anatomy” and “Patch Adams,” but don’t trust them when you’ve got a health concern. The real doctors are in hospitals, not on film.