Nominated as “America’s Funniest Man”, Steve Carell has managed to produce successful careers both in television and the movies.  His movie credits include voice-overs in animated films.  His first TV stint was in the successful comedy series, The Dana Carvey Show in 1996 while his film debut was in the movie Curley Sue in 1991.
Steve Carell’s movie career has produced several commendable works.  The top 4 are:
Little Miss Sunshine Image credit
This movie starred Steve Carell with Greg Kinnear, Toni Collete, Paul Dano, Abigail Breslin, and Allan Arkin.  It was a critically-acclaimed movie and was nominated for 4 Academy Awards, one of which was for Best Picture.  The film was first seen at the Sundance Film Festival and had an initial limited release in the US.  On regular international showing, it grossed at $ 100.5 million.  The movie is a comedy-drama that shows a family’s complicated interaction while on their way to a beauty pageant.
Crazy Stupid Love Image credit
Steve Carell is joined in this movie by Ryan Gosling, Julianne Moore, Emma Stone, John Caroll Lynch, Analeigh Lipton, Marisa Tomei, and Kevin Bacon.  It is a romantic comedy drama that garnered positive reviews from critics and the general public alike.  Its total international gross is placed at $ 142.7 million.  The movie is about simple people caught in the confusing realm of infidelity.  Its performers garnered several nominations and won recognition from different award-giving bodies.
Despicable Me Image credit
In the computer-animated 3D comedy film, Steve Carell gives life to the character of a super-villain named Gru through his voice, this time in the company of Miranda Cosgrove and Jason Segal, among many others.  The story centers around Gru’s efforts to defeat his rival in super-villainy named Vector by stealing the moon.  The film grossed over $ 543 million worldwide.  Its sequel is expected to come out next year.
The 40-Year Old Virgin 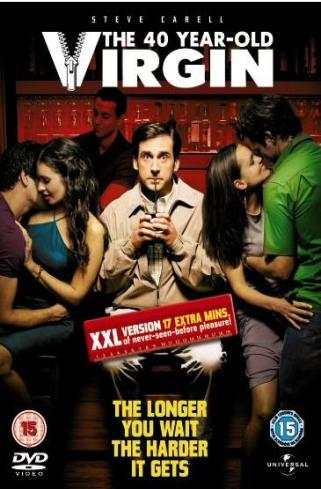 Image credit
This is Steve Carell’s first starring movie.  It grossed a total of $ 177,378,645, ranking 19th in the US for the particular year it was shown.  It was recognized as one of the best movies of the same year and received strong positive reviews from critics.  Co-stars include Paul Rudd, Seth Rogen, Romany Malco, Elizabeth Banks and Jane Lynch.  As the title suggests, the story is about a 40-year old’s journey to have sex.
Steve Carell is currently filming The Way, Way Back and in the pre-production of Foxcatcher and Anchorman: The Legend Continues.  For movies alone, he is considered the 31st highest paid actor in the US.