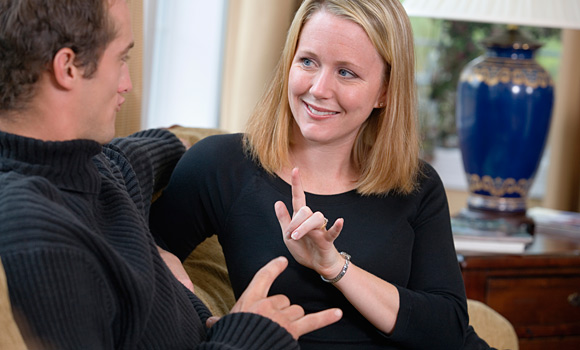 American Sign Language is generally thought to be a language unknown by a large majority of the population. The actual statics are a bit confused among researchers depending on the figures and data chosen. While some say that sign language is the 12th most spoken language in the United States, others say that it is actually not that uncommon at all, and sits among the 4 most spoken languages in the states.

No matter the statistic, American Sign Language is a language that is very valuable and really should be learned by more people. Here are some reasons you should learn to sign.

Through sign language, a person’s body language automatically connects with the worlds being said, so by learning to sign, you’ll immediately be more connected with what it is you are saying, and people will be forced to pay more attention to you.

You don’t have to sign every world you speak, but throwing in a little something now and again will be sure to impress everyone you’re around.

You’ll Get to Know New People

The part of the population that doesn’t know sign language is quite frankly missing out on getting to know some really cool people. Although you probably only run into a deaf person every once in a blue moon, you never know when that someone could be someone who would really enrich your life.

In fact, many deaf people have changed history. Don’t you want to be the person that can say that you were friends with “so and so” because you could actually have a conversation with them?

This world is full of useless degrees, but if you add on American Sign Language as a major or minor, or just as a skill in general, you will never be without a job. Careers range anywhere from teaching, to interacting with deaf patients in the hospital. Just think about helping someone who is deaf get better care.

Often there are very difficult situations in hospitals where patients can’t get the treatment they need because there is no one available to communicate those needs. If you have a knack for language, why not learn a couple of them? If you do this, you will help be the solution for these kinds of patients, not to mention, you’ll be a lot smarter because of it. Who doesn’t like a person who can speak multiple languages?