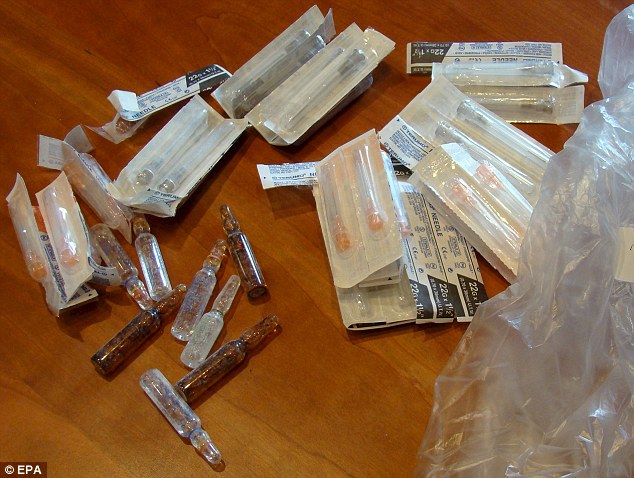 Cyclist Michael Rogers pointed the finger at China after the Union Cycliste Internationale (UCI), the governing body for cycle racing, announced that it had found the steroid drug clenbuterol in his system. This was just another in a long series of incidents involving clenbuterol.

Research shows that more young people are taking this drug as a way to burn fat and increase muscle. Bodybuilders have found it helpful in lifting.

However, the Medical Journal of Australia released a new report that suggests a connection between use of clenbuterol and violent behavior. Hospitalization related to its use has increased 800 percent, according to an article at The Australian.

People who are hospitalized complain of diarrhea, vomiting, and rapid heartbeat. One weightlifter suffered a heart attack. The drug is banned in Australia, but smuggling of clenbuterol into the country has increased by 500 percent in the past six years, according to the Australian Crime Commission.

Clenbuterol has been banned by the UCI, the International Olympic Committee, and the World Anti-Doping Agency due to its ability to enhance physical performance. In humans, the drug can metabolize fat more rapidly and increase aerobic capacity. This steroid is used to treat breathing problems in horses.

In 2010, Spanish cyclist Alberto Contador got suspended from racing for two years because he tested positive for clenbuterol use.

US classifies more steroids as illegal

The use of these designer steroids prompted the U.S. Congress to act in February by introducing the Designer Steroid Control Act, which seeks to regulate steroid use as a controlled substance and increase criminal penalties. According to Steroidal.com, the Drug Enforcement Agency will now have the power to go after dietary supplements and natural steroid compounds as illegal drugs. Nearly 30 new anabolic steroids will be added to the forbidden list.

Power lifters from across Australia are coming forward and condemning the use of clenbuterol. The Sydney Morning Herald published a story about a power lifter who said that use of the drug has increased dramatically in the bodybuilding scene and among personal trainers.

She especially condemned its use among women who want to look great in a bikini. The trainer said it was irresponsible for trainers to sell the drug to their clients. Clients trust their trainers, and some trainers don’t alert people about the possible negative effects of the steroid, she said.

The NSW Poisons Information Centre released data that showed 27 people had been poisoned by clenbuterol in 2012.

Meanwhile, cyclist Rogers has a difficult road to hoe as he fights charges by the UCI of illegal steroid use. China has a reputation for feeding herd animals clenbuterol. Thus, people who eat at restaurants in China are at risk of consuming the steroid in their meals.

Federations that manage cycling events have distributed lists of pre-approved restaurants where cyclists may eat. Rogers said he doesn’t know where he might have eaten clenbuterol-contaminated food because he stayed at hotels approved by the Tours of Bejing.