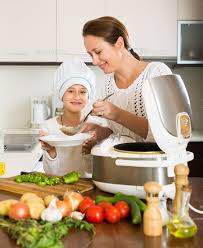 Not a lot of people probably know that there are countless things you could cook in a rice cooker other than, well, rice. The rice cooker could be considered to be the most versatile appliance you can find in your kitchen. You could practically cook meals in just your rice cooker! To maximize the functions your rice cooker has to offer, listed below are things you can cook with it. At the end of this article, it’s a probability that you’ll throw away your stove and just cook with your handy rice cooker.

Make your breakfast in a jiffy with a rice cooker oatmeal. If you are running late in the morning before going to work or school, just turn on your rice cooker and instead of putting in your usual rice and water, put in oatmeal and milk! You could put granola or fresh fruits on your oatmeal afterwards to give your oatmeal some flavor.