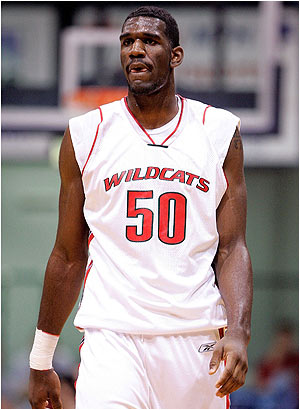 For years now, sports writers and armchair experts in basketball have salivated on the prospect of having Greg Oden play in the NBA. Oden is one of the most celebrated names in recent basketball history especially in the face of the dwindling number of pure centers in the league. For so long, Shaquille O’Neal of the Miami Heat has become the one and only representative of the now dying breed of dominant centers that used to define the game in years past in the tradition of such greats like Kareem Abdul-Jabbar, Wilt Chamberlain and Robert Parrish.

All the predictions and anticipation will have to wait for now. Oden underwent arthroscopy (looking inside joint spaces with a small camera) and it revealed that he had cartilage tears in his right knee. In order to repair this, a microfracture surgery had to be done to induce the cartilage growth in his knee.

How long does this type of surgery take to heal? Well, it takes a while. It takes about eight to twelve months to heal. If you’re doing the math, this means that this Portland Trailblazer will be out for the entire season. This is the latest in a series of medical problems that Oden had to go through in recent months. During his only year in college, Oden had to deal with a broken hand. During the summer league, he also needed to have his tonsils removed.