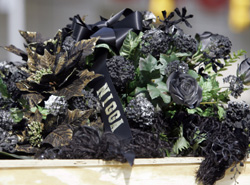 Yes, the N word has passed away. If you’re in the mood to visit the wake, you’re way too late. The National Association For the Advancement Of Colored People (NAACP) recently buried the N word in hopes of forever keeping the offensive racial slur under wraps. The American entertainment industry has endured a firestorm of racial issues over the past few months.

Michael Richards of Seinfeld-fame got himself into hot water when he lost his temper against African-American hecklers during a stand-up comedy gig at the Laugh Factory. Richards repeatedly used the N word and proceeded to verbally assault the hecklers to which other guests found offensive. He later apologized on the David Letterman Show amidst boos and jeers from the New York crowd. Ironically, Jerry Seinfeld was that night’s guest.

Don Imus then stoked the fire when he referred the Rutgers University’s women’s basketball team as “nappy-headed hos”. This prompted people to ask for his resignation – a request that was eventually dished out by his employers.

The NAACP has long been ridiculed for its inability to connect to a younger audience. With the pervasiveness of hip-hop music that champions the use of slurs and the degradation of women, the burial of the N word may not even reach the youth.

Reverent Jesse Jackson and Al Sharpton both challenged the movers in the entertainment industry to refrain from giving breaks to artists who use racial and other offensive slurs. They also requested that the public be more critical of the type of music that they listen to. On the same note, minister and rap icon Kurtis Blow called for the youth to stop buying music by artists who use offensive language.

Wondering who Kurtis Blow is? He was big in the 70s and 80s and is supposedly among the first few people who started the whole hip-hop phenomenon. Talk about being out of touch with the youth, eh?