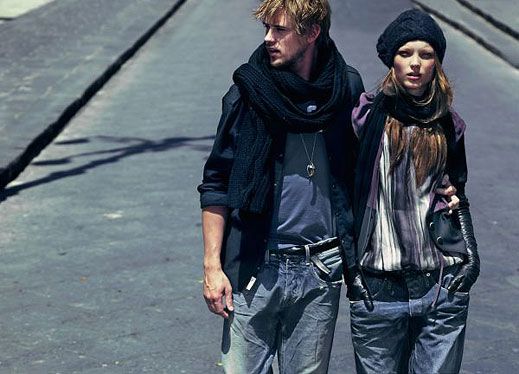 Urban fashion is sort of an interesting thing because it’s often the most striking outside of urban environments. So, if you want to stand out and impress a demographic that values uniqueness on that level, finding the right look is going to be where you’re going to start.

So, specifically for the streetwise target, you can check out clothing lines sponsored by artists, go to hip fashion stories, look on the streets of big cities, check out the clubs, and so long as you’re picky about which ones, look at fashion magazines as well.

Urban fashion can often come from the minds of urban artists (think people in the music or artistic industries for instance), so if you want to pick up tips from them, or even buy artist’s clothing line items directly, that’s going to be a fast track to get the look that you want. Sometimes there’s a bit of a discrepancy between what the artists in questions wear and what they sell, but other times there’s more of a correlation. Find the pattern that you appreciate in terms of that, and choose your overall vibe wisely.

If you shop at places like Urban Outfitters, or even some of the Levi’s stores, you’ll see a ton of great options when it comes to urban styles and looks. The people who choose what’s going to be sold at these places are pretty fantastic at vetting out what looks good and what doesn’t, which saves you the trouble of having to figure that out on your own. Employees at these stores are typically extremely helpful as well, so don’t be afraid to ask questions when you’re deciding things.

On the Streets of Big Cities

Another great way to find ideas for your own urban style is by actually hitting the streets in main downtown areas of city. If you walk around places like LA, New York, San Francisco, Miami – you’ll see all different kinds of shapes, colors, textures, cuts, and vibes. Pick and choose which ones seem to be the best for you, at least in theory, and try those ideas out.

Fashion out at clubs (and events) is sort of a unique animal unto itself. You can look at what other people say about club fashion, or you can head to these events yourself to do some sleuthing. What you’ll find out is that, especially for urban setting, the clothes are going to be half of the equation, but the confidence level of the person wearing them is key as well.

It is possible to find what you’re looking for in fashion magazine, but do be a bit careful. Often magazines feature more theoretical garb, rather than tried and true stuff that you’ll actually find out in reality.