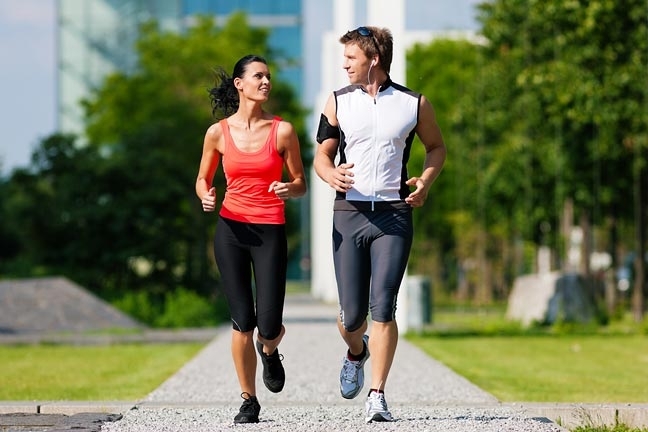 Ok. So everyone that promised themselves they were going to exercise and get fit starting on New Year’s has already broken off from that plan. That’s fine, it happens to everyone. But now, when you’re in a more rational state of mind, it’s time to make that decision again, for real.

And how are you going to do this? Instead of making a vague promise to yourself for general reasons, this time you’re going to start exercising now for specific ones, including beating heart disease, living pain free later in life, feeling more joy in general, getting a sense of community from group efforts, and looking to the future of your health.

If you look at health statistics, heart disease is a major problem. And once it’s already set in, it can be difficult to reverse the effects. So, if you want to beat heart disease, using preventive measures is going to be your best bet, and that means that you absolutely must have exercise as a regular part of your weekly routine. No matter what your job, no matter what your age, you need to exercise to fight off heart conditions that are the cause of so much pain later in life.

And it’s not just your heart that can hurt later in life without regular exercise over the years. If you don’t keep your joints mobile, they will start to ache and stick and swell on you later in life as well. And once you start feeling some of those pains, they are extremely difficult to reverse, which is why the best time to start exercising, is quite literally, now!

Gathering a Sense of Community

And one thing that makes exercise better is doing it with other people. It’s more fun, you get more out of it, and you feel a sense of community that you’d be lacking if you weren’t challenging yourself with a group of people.

Looking To the Future

And finally, think about younger generations of people in your family. Do you want to be able to do active things with them as you get older? If so, you have to be able to stay in at least good enough shape that you don’t get stuck sitting on the couch watching TV instead of enjoying a game of catch with them.