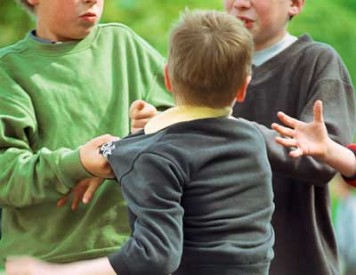 I have always believed that getting bullied is NOT the fault of the child who is on the receiving end of the aggressive behavior. It is the same reasoning behind believing that there is no excuse for men raping or beating women.

According to a recent study, however, there are certain factors that contribute to a child being prone to being bullied by his peers. The study was led by Clark McKown from the Rush Neurobehavioral Center in Chicago. His team identified at least three problem areas in nonverbal communication. They are:

• Reading nonverbal cues
• Understanding their social meaning
• Coming up with options for resolving a social conflict.

While I maintain my belief that these problems do not justify bullying in any way, the identification of these problems can help parents and educators in dealing with victims of bullying. If these problem areas contribute to being bullied, then they can be addressed and hopefully, the bullied child can find a way out of his situation.

Experts point out that the bottom line is to teach children social skills. He says that it is worse for those who are rejected by their peers because they already have problems in this area to begin with. Rejection and isolation just make it worse as they do not have opportunities to practice their social skills.

This highlights an important thing for parents: make sure that you children get enough exposure to their peers as early as possible to help them gain the necessary social skills.