When youâ€™ve got multiple children, getting them ready for back to school can be a nightmare. Nevermind trying to get them back into schedules and routines or getting them past their anxieties of being in a new classroom with new teachers and students. The amount of money itâ€™s going to cost you to make sure they all have the proper clothes, shoes, and supplies for the school year is outrageous.Â

END_OF_DOCUMENT_TOKEN_TO_BE_REPLACED 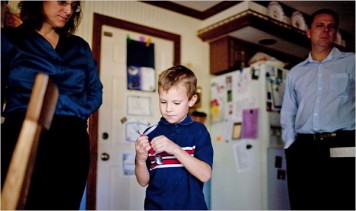 Can you imagine having to go to your kidâ€™s school and deal with a disciplinary action against him? Itâ€™s probably not that hard to imagine for some, but what if your kid is only 6 years old? Is this something that is acceptable these days?

If you knew about Zachary Christieâ€™s case, then you just might understand what his parents are going through. You see, little Zach had recently joined the Cub Scouts. And as you may know, you get to play with all these cool tools in the Cub Scouts. Zachary got a utensil that functions as a spoon, a fork, and a knife, and he was all excited about it; so excited that he brought it to school so he could use it at lunch.

What started out as enthusiasm for his newfound hobby, turned out to be a bad thing for him, though. His school, which is under the Christina School District, has a zero tolerance policy on weapons. And for the school officials, Zacharyâ€™s nifty tool falls under the category of weapons. The result of his action was suspension. The school says that regardless of the intent of the possessor, they have to â€œpunishâ€ him. Now, Zach is at home being home-schooled by his mom.

I couldnâ€™t help but be confused and outraged at the same time. While we want to keep our schools safe, do we have to go this far? Is this how we look at cases today? What do you think, is the school right or should they have taken a different approach? 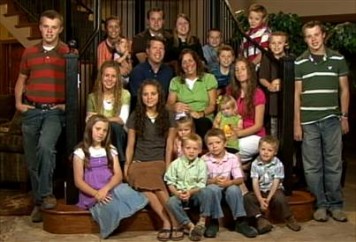 Everyone knows about the Duggars â€“ the Arkansas family composed of 20 members: 2 parents and 18 kids. Jim and Michelle Duggars got married in 1984, and while they started using the Pill in the beginning, bad experiences with it led them to decide to use natural birth control. Since then, their family has grown to a size that is not normally seen these days. The Duggars have attracted a lot of attention â€“ they have their own web site and have even made numerous TV appearances.

Now you would think that having 18 children would be enough to take measures NOT to have more. Itâ€™s not so for the Duggars! They have managed to raise their children in an amazing way, and their lives are perfect examples of practical living. Actually, just recently, they built a 7000 sq. ft. home debt free!

Their adventure is not over yet, though â€“ eight months after Michelle gave birth to Jordyn-Grace (the 18th child), she found out that she was pregnant again! She is due to give birth in March, several months after the first Duggar grandchild is due. Yup, the eldest son, John, and his wife, Anna, are expecting their first child in October. This family is something else, isnâ€™t it?

Number of kids aside, the Duggars have been role models for many families around the world. Jim and Michelle have done an astounding job in raising their children. Perhaps more parents out there â€“ new and experienced alike â€“ might learn a thing or two from them!