If this isn’t a case of perfect casting, I don’t know what is. Ricky Gervais will be guest starring in on Curb Your Enthusiasm, Larry David’s mostly-improvised HBO comedy.

Gervais, like most of the stars and guests on Curb, will be playing himself, although it will no doubt be an exaggerated version of himself. He’s signed on to join the cast for a single episode late in the upcoming Season 8. On a show known for improvisation, you’d be hard-pressed to find a modern comedian more suited to the show.

In other HBO news, the pay-cable network has released the first trailer for its hotly-anticipated series, Game of Thrones, which is based on the novel by George R.R. Martin. The series doesn’t debut until next year, but here’s the first all-too-brief teaser. 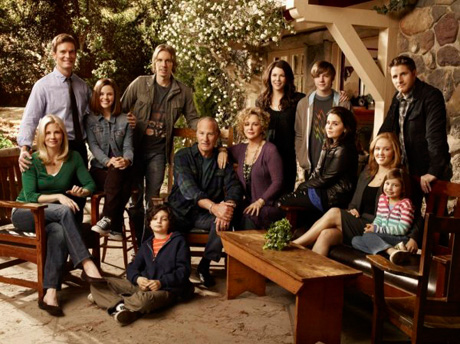 TV networks are no strangers to spring cleaning, as this is traditionally one time of the year when renewals and cancellations are announced. But the process typically takes on different forms depending on the show and the network it airs on. Broadcast TV and cable have wildly different business models, leading to hugely different renewal and broadcasting practices.

Case in point: NBC’s fledgling new drama Parenthood has been picked up for a second season. After airing only a handful of episodes, the mid-season replacement dramedy got the greenlight for another season thanks largely to its clever writing that avoids cliches and an appealing cast full of actors that play off of each another with family dynamics that ring true.

When you move away from broadcast networks, things are a lot less structured. Shorter seasons and fluid time slots are quite common, because those networks can afford to change things up; audiences will follow quality shows wherever and whenever they pop up. Shows like HBO favorite Curb Your Enthusiasm, which just coaxed creator/star Larry David into signing on for an eighth season. The show’s lauded seventh season — which reunited the cast of David’s other creation, Seinfeld — ended in 2009, but the eighth won’t air until sometime in 2011. That’s a two-year gap, which would be unheard of on broadcast TV, but is a luxury cable can afford.

Similarly, FX has announced that Rescue Me will return for its sixth season on June 29th. The Dennis Leary vehicle hasn’t dealt with a lot of scheduling issues, but it’s been able to air seasons that are dramatically shorter than those on broadcast TV. Most of the show’s seasons have had a mere 13 episodes (lower episode orders arguably lead to higher quality episodes, but that’s a whole other topic). The show’s return for Season 6 was never in question, but the announcement came with some much bigger news: 2011’s Season 7 will conclude the show next year.

Larry David’s hit HBO series Curb Your Enthusiasm will begin production of its seventh season with 10 episodes that will be aired next year.

Season six aired last November and this is considered quite a lengthy hiatus for the series. But then it’s not as long as the 21 month break that happened between seasons five and six.