Substance addiction can destroy a life faster than almost anything. Addiction saps productivity, enthusiasm, and joy. It can seem as if there is no escape, but there is. The path away from addiction is different for everyone, and there are many options available to help break tough addictions and get your life back. Here are a few of the options that have been shown to work. 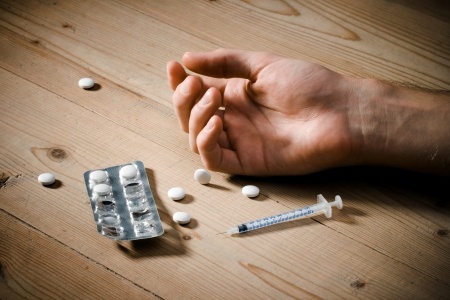 The recovery clinic is one of the most time-tested and proven methods of addiction recovery. Such clinics typically offer a range of programs to treat drug and alcohol addictions lasting 30, 60, or 90 days. Clinics can be found in most any area, and offer a comprehensive attack at breaking addiction including full amenities such as room and board, as well as personalized medical attention from professionals such as medical doctors, psychologists, and more. END_OF_DOCUMENT_TOKEN_TO_BE_REPLACED

The number of deaths due to drug overdose more than doubled from what was documented in 1999 to those in 2013. In less than four years, more than twice as many people died as did in the initial year. Another scary statistic is that in 2012, drug overdose was the most common kind of injury death. In the US, there is a huge problem when it comes to treatment for drug and alcohol abuse. In 2011, it was estimated that up to 22 million Americans would greatly benefit from treatment for drug or alcohol addiction. Only 2.3 million of those people actually got treatment.

The good news is that treatment is available. Inpatient, as well as outpatient, centers can be found in almost every community. If you are seeking treatment, and want to make sure to succeed, you need only follow the three steps below.

Each addiction is a little different and should be treated differently. Some addictions, such as opioid addiction, respond very well to a combination behavioral and pharmacological treatment. Some medication used to assist cocaine addicts are beneficial to alcoholics, but may not benefit heroin addicts. END_OF_DOCUMENT_TOKEN_TO_BE_REPLACED