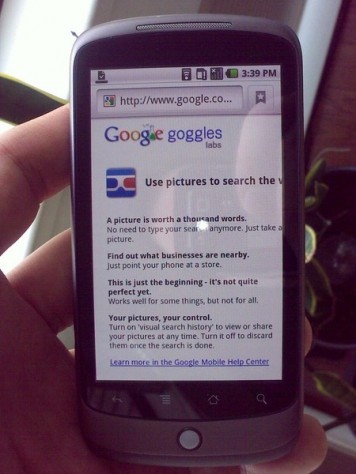 By now, you have probably heard about the “real iPhone killer.” Technology giant Google has been dabbling in the mobile phone market in the recent years and the release of their Nexus One phone has got technophiles all over the world really excited. Yours truly is actually thinking of getting her hands on one within the month. In the past three days, all I have been doing is looking up information on the Nexus One.

Today, I started having second thoughts about getting a unit as early as now. Google released the phone just last week, and they have full control over the sales. Unlike before when they would sell phone through a mobile carrier, Google mainly distributes the Nexus One online: www.google.com/phone. While this means that anyone in the US can buy a unit without having to pay for a mobile phone service plan, it seems that the early birds are having problems regarding technical support.

The main issue, apparently, is that many users cannot use 3G on their Nexus Ones. Now this is a BIG problem as 3G is necessary to access the Internet and other related services at a reasonable speed. Users report that neither T-Mobile nor HTC (the phone’s manufacturer) has been able to help. That leaves Google, which does not seem to have the support infrastructure set up.

Another complaint is that the online purchasing set up is too impersonal. Some users have been looking for something more detailed, letting them know exactly what is going on with their order. This doesn’t bother me as much as the 3G issue, which just might “make” me wait for a few months more.