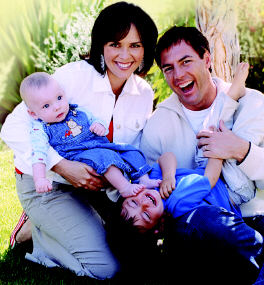 Mark Steines, the popular host of “Entertainment Tonight” has been named the host of the next Miss America pageant. His wife, Leanza Cornett, is considered one of the best winners the contest has ever produced.

The show will be staged at Las Vegas’ Planet Hollywood Resort & Casino on Jan. 26. Before that, viewers can check out the contestants in the reality show “Miss America: Reality Check” which will debut on January 4.