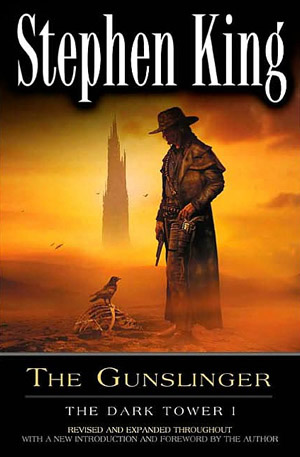 This is history in the making.

Ron Howard, his producing partner Brian Grazer, and screenwriter Akiva Goldsman have unveiled a wildly ambitious plan for an unprecedented film and television co-production for Stephen King’s seminal fantasy series The Dark Tower, which tells the story of Roland Deschain, aka the Gunslinger.

King’s sprawling epic encompasses seven books of tremendous depth and complexity, and the notion of adapting it to the big screen has been a holy grail for Hollywood for years. Often believed impossible to film in ways that would capture the emotional power of the books, Howard, Grazer, and Goldsman have come up with a plan that they think will finally do justice to the series: a combination of three big-screen feature films, and two seasons of a companion television show. Both of which will be financed and produced by Universal Studios and NBC.