All actors and actresses have to start somewhere, so here’s our top five list of relatively unknown actors who were made into a superstars thanks to appearing in a successful movie. 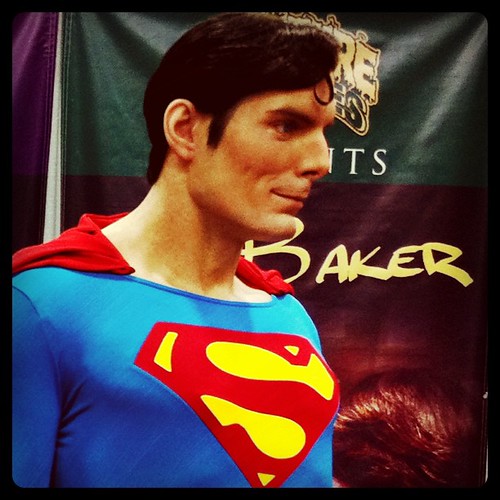 Image Credit
Christopher Reeve achieved worldwide stardom when he played the title role in Superman at the age of 25. Prior to this he had had roles in college plays and then at the renowned Julliard College. Casting directors has previously rejected Reeve three times for the Superman role before the casting director pleaded with the director who eventually gave in. Following a meeting between Reeve, the director and the producer, Reeve was sent a 300 page script. He then went for a screen test after which he was offered the role. The film grossed over $300 million and Reeve received positive reviews. He went onto star in a further 3 Superman sequels and others include Somewhere in Time with Jane Seymour which he considered to be his best film and Street Smart for which he received his first Academy Award nomination. Sadly, following a riding accident, he was made a quadriplegic and after many infections, died in October 2004. END_OF_DOCUMENT_TOKEN_TO_BE_REPLACED

Talks of a new Superman movie have been rife for the last couple of years. After the fairly lackluster showing of Bryan Singer’s Superman Returns, talk of rebooting Superman is gaining more traction in Hollywood.
And since a successful reboot is very important at this stage, it was mentioned that Christopher Nolan, who helmed and reinvigorated the Batman franchise with Batman Begins and The Dark Knight, will be spearheading the Supes reboot because of his experience.
Nolan, in an interview, said that his involvement in the Superman reboot came about because of an “impasse” that has happened while talking about the third Batman film. Writer David Goyer brought out an idea (which he didn’t mention) for Superman that Nolan immediately loved.
There is speculation that the new Superman movie, will be like that of the new Batman movie, in that Superman will be the only superhero in his world, so any speculations about a crossover between the two is already out of the question.
Speaking of Batman, Nolan also said that the impasse he mentioned has already been fixed. He and Goyer are now moving forward with the third film, though he is still mum about who the next villain will be. He did say that they want to finish their story as opposed to blowing it up infinitely and expanding the story they’ve created.
I’m betting on Catwoman. 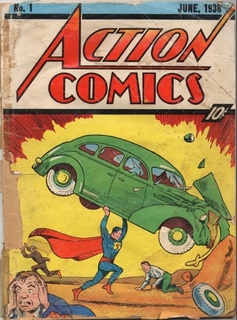 Would you purchase this unrestored Superman comic book for US$400,000?  I don’t know any who would make the purchase, specially with worldwide recession BUT for the ultra-rich-collector he doesn’t see it as an expense.  No, no, no… he would probably see this as US$1 Million in say 2-3 years time.  It’s risky… but some are born to jab risk over and over again.

CNN reports that “After being hidden away for years, a copy of the original “Superman and Friends” comic book will make a comeback — at a price of about $400,000, a comic expert said Thursday.” It’s Comics No. 1, said Stephen Fishler, owner of Comic Connect, and thru a bidding process comic colectors will surely, surely take a bite.

And did you know that someone was actually willing to trade in his Ferrari to get Comic #1?  Just how important is comic 1.  It’s the one that started it all.  And sad to say there are a few of it going around.  Or this may probably be… the only ONE! The ONE.