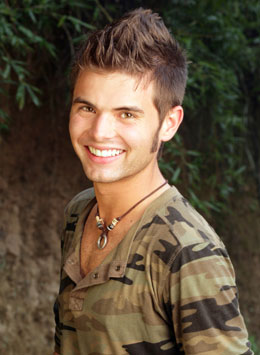 He was a big fan of “Survivor” who faithfully watched every episode of every season. Maybe that research helped Todd Herzog win “Survivor China” — taking home $1 million dollars (or more accurately a little less than $700,000 after taxes). Let’s hope he manages his money better than other Survivor winners.

Herzog himself says it was strategy that got him to the top. “I wasn’t the strongest. I wasn’t the smartest,” Herzog said during the finale. “But I was definitely the most strategic.”
Pause. “I can’t believe it worked.”

At least Herzog was smarter than some players, like Bellande and Clement, who got kicked off because they didn’t use their immunity idols. (Host Jeff Probst called that “the biggest blunder in the history of this game.”) Oh, we like to call it stupid.

Clement got the viewer vote for the $100,000 from Sprint, while the show’s executive producer Mark Burnett is giving $50,000 to the lunch lady Martin, who was fired because she joined the show.