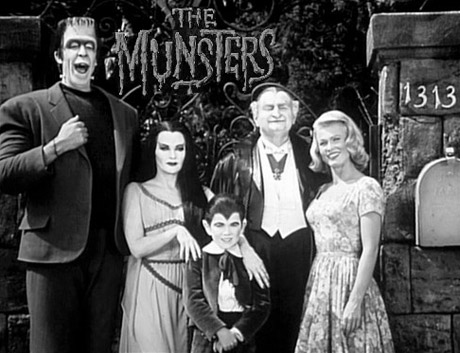 When I first saw a headline proclaiming that The Munsters was being reimagined for NBC, I let out an audible groan. Like many others, it always seemed to me like a kitschy, unfunny copycat of the sublime Addams Family. The thought of updating it for today sounds just plain awful.

But then I saw who was re-creating the show: Bryan Fuller. The genius behind the delightfully whimsical Pushing Daisies. And you know what? Fuller might just be able to pull it off. After all, the Munsters themselves could have walked into an episode of Daisies and not felt all that out of place. Fuller has just the right sensibility to make something like this work, and since the new show is going for a “Modern Family meets True Blood” vibe, I think it’s in the perfect hands.

My enthusiasm was solidified when I saw that Guillermo del Toro, the big-screen writer/director behind Hellboy, Pan’s Labyrinth, and many more, might be involved in producing the show in some capacity. That did it for me.

I’m in. Bring it. I don’t care what the property is, I’ll follow my favorite creatives wherever they go, and Fuller and del Toro are definitely among them.