It is hard to stand out among others nowadays when it comes to advertising and the motoring industry is one that it is highly competitive. In order to succeed in this specific sector you can’t get away with just driving the car round a sexy backdrop anymore, you have to do something that makes people think “wow, did that really just happen”? Here are some of the car adverts that have gotten the world talking.

Golf- Singing In the Rain

The reason this is such a fantastic advert and why it changed advertising forever is simply because of the controversy behind it. Half of the people that saw this advert thought it was a terrible crime against the great Gene Kelly whilst others thought it was a great bit of advertising and went out to buy a VW Golf! END_OF_DOCUMENT_TOKEN_TO_BE_REPLACED 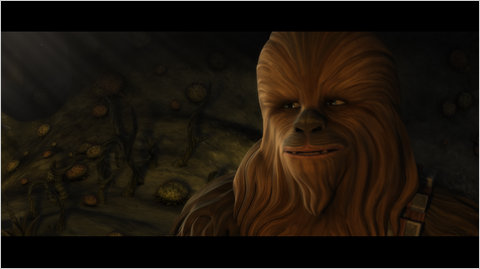 Riding high on the success of The Walking Dead, AMC’s marketing department has kicked into high gear for its next new drama, The Killing, which is actually an American remake of a Danish hit called Forbrydelsen (which literally translates as “crime”). The Seattle-set series follows the murder investigation of a girl named Rosie Larsen from three different perspectives.

The detectives assigned to the case comprise one perspective, the victim’s grieving family is another, and the third is made up of the suspects. The twist-filled story is layered with secrets on top of secrets, most of which come from local Seattle politicians, with much more at stake in Rosie’s murder than it initially appears. Mireille Enos stars as Sarah, the lead homicide detective investigating Rosie’s death. Joining her are Billy Campbell, Michelle Forbes, Joel Kinnaman, and Brent Sexton.

The Killing debuts with a 2-hour premiere on Sunday, April 3rd. AMC clearly has high hopes for this one, having given the series a 13-episode first season order.

EW.com got the exclusive on the series’ movie-style poster, which you can view above. A pair of trailers for the show are below.

Historical figures Arthur Conan Doyle and Harry Houdini are joining forces for a new Syfy drama called Among the Spirits, in which the duo will solve mysteries in the 1920s. In the show, which is based on a graphic novel by Steve Valentine and Paul Chart, the two team up with a female cop to solve bizarre crimes and supernatural-appearing events with the help of steampunk technology (similar to Guy Ritchie’s Sherlock Holmes).

Syfy describes the potential show as “a turn of the century Fringe,” but it sounds more like The X-Files to me, with Doyle and Houdini filling out the archetypal roles of skeptic and believer. The show has been put into development at Syfy, which is no guarantee of going into production, but it sure seems like a no-brainer.

Valentine and Chart will write the show and produce with Daniel J. Frey.