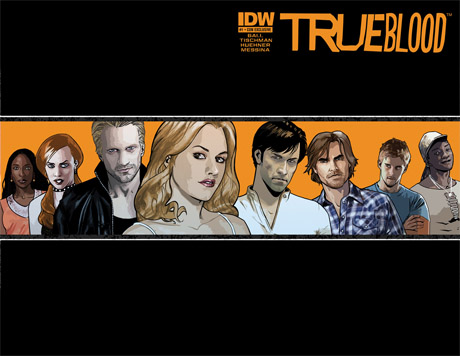 It’s not exactly news that San Diego Comic-Con International is a big deal for Hollywood. Genre movies and TV shows can be made or buried by fan reactions to what they see at the Con.

Several networks have, in recent years, used Comic-Con as a launching pad to build buzz for their newest and hottest shows with panels and show-floor booths with swag giveaways. This year two of the most buzzed-about shows are releasing tie-in comic books as enticements for hungry fans.

END_OF_DOCUMENT_TOKEN_TO_BE_REPLACED 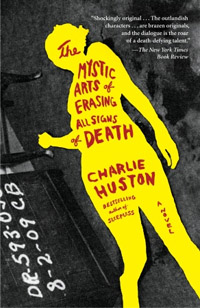 HBO’s creator of the hit True Blood, and gone-but-not-forgotten Six Feet Under, Alan Ball, has signed on to create yet another TV show for the pay cable network.

And once again, Ball is using television to feed his obsession with death. His new title is All Signs of Death, and it’s based on a Charlie Huston novel called The Mystic Arts of Erasing All Signs of Death. Huston’s novel is a crime noir thriller centering on a young man named Webster Goodhue, whose life gets complicated when he takes a job as a crime scene cleaner.

Ball himself will direct the pilot episode and oversee the series, while Huston himself is writing the pilot’s script. There’s been no cast announcements yet, but expect them soon, as production starts next month in L.A.

It should be no surprise that HBO wants to stay in the Alan Ball business. Six Feet Under got plenty of critical acclaim during its 5-season run, while True Blood, currently in its 3rd season, is the network’s highest-rated show. Like the Sookie Stackhouse novels that True Blood is based on, the main character in Huston’s Mystic Arts book is planned to recur in future books. Which should give Ball plenty of fodder for future seasons of his show. 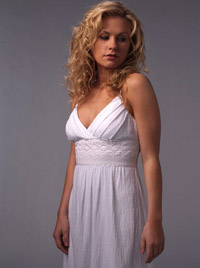 In news that comes as a surprise to no one at all, HBO has renewed True Blood for a fourth season.

The series full of blood-sucking deviants is in the midst of its third season at the time of this writing, but HBO believes strongly enough in the show to already greenlight another season. Season 4 will be comprised of twelve episodes, just as the current season is.

THR reports that the show’s Season 3 premiere was up 38% in viewers over Season 2’s debut. Season 4 will debut Summer 2011.

Here’s the latest and greatest trailer for the forthcoming new season of True Blood, and this time the focus on the troublemakers of Season 3: werewolves.

Hm, vampires vs. werewolves… Now where have I seen that before?

Then again, when has True Blood ever done anything similar to other depictions of vampires or other aspects of the supernatural?