Sam Kinison was one of those very popular comics who passed away way before his time. Now HBO is planning to bring Kinison’s life to the screen with a Tom Shadyac-directed film “Brother Sam”.

Actor Dan Fogler has bagged the title role of Kinison. The movie is based on the memoir “Brother Sam: The Short, Spectacular Life of Sam Kinison”, written by Bill Kinison, the comic’s brother and manager.

Sex in the City’s movie premiere was so successful producers are thinking of staging a sequel… and guess what other hit series may be transported to the big screen? The Sopranos! Nothing’s firm yet but here’s the scoop 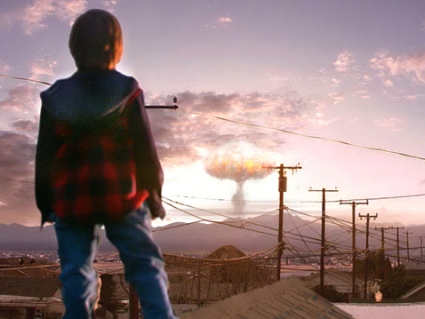 Attention, Jericho fans — head for LA this weekend, and you can preview next week’s episode and talk to your favorite stars: Kenneth Mitchell, Brad Beyer, Alicia Coppola, Sprague Grayden, Bob Stephenson and the new addition to the cast, Esai Morales. You can also post questions to the producers,Carol Barbee, Karim Zreik and Don Shotz.

Find them at the Los Angeles Comic Book and Science Fiction Convention at the Shrine Auditorium. Early birds can get in at 10 a.m., though the acual preview starts at 1 and the discussion kicks off at 2.