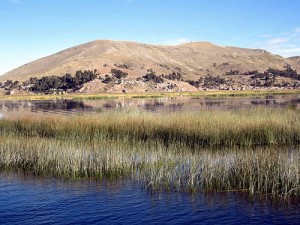 When you think about seeing the world, a number of well-known and oft-visited sites probably come to mind—the Eiffel Tower, the Taj Mahal, the Parthenon—the places everyone visits. But if you don’t want to be like everyone else, that doesn’t mean there isn’t still a world of great travel and adventure opportunities for you.

Remember—if you’re going to set off on adventure around the world, do it safely. Check the current travel warnings from the Bureau of Consular Affairs. Learn about the people and their customs, laws and religious traditions. Protect yourself with some short-term insurance, such as Atlas Travel Insurance, so you’re covered for any medical expenses you might incur. And, above all, mind your common sense.

No matter what your taste or personality, you’ll find some lesser-known international locales here to add to your travel bucket list.

1. For the Movie Lover: Petra, Jordan

Creation of the city of Petra, Jordan, began as early as the 600s B.C. Hewn from solid rock, the site remained unknown to Western civilization until its discovery by a Swiss explorer in 1812.

Many Westerners saw Petra for the first time in the movie “Indiana Jones and the Last Crusade,” in which the façade of Petra’s Al Khazneh (The Treasury) appeared as the final resting place of the Holy Grail and the Knight left to guard it.

2. For the Multiculturalist: Lake Titicaca, Bolivia and Peru

Perched 12,500 feet in the Andes along the border between Peru and Bolivia, Lake Titicaca is the highest navigable lake on Earth. But its height isn’t the only draw. The lake and its islands are flush with ancient Incan artifacts.

You don’t have to leave Lake Titicaca to shift from extraordinary ancient cultures to extraordinary modern ones: The Uru people of Lake Titicaca make almost everything from reeds, including the ground they walk on. Though the authenticity of the Uru people selling trinkets in the area has come into question, the 44 artificial floating reed islands, topped with reed houses and navigated by reed boats, are a sight to see.

3. For the Macabre: Capuchin Crypt, Rome

Beneath the Church of Santa Maria della Concezione dei Cappuccini in Rome is a crypt that honors its interred residents in an unexpected way—by decorating the chambers with their bones. In the six rooms of the crypt, you’ll find the walls and ceiling decorated with the skeletal remains of Catholic friars dating back to the 17th century. If you can get past the icky-dead-people vibe, you might find that the décor is quite beautiful.

4. For the Spelunker: Fingal’s Cave, Scotland

Fingal’s Cave looks less like a natural occurrence and more like a cave dug out by someone who put in a few too many hours on Minecraft. Its hexagonal basalt columns, formed from slowly cooling lava, stand in stark geometrical contrast to the roughly conical and curvilinear stalactites and stalagmites one expects from underground caverns.

So awe-inspiring was Fingal’s Cave that it became a centerpiece of the mythology of the ancient Celts, who called it “Uamh-Binn,” or “Cave of Melody.”

To add a touch of danger to your globetrotting, it’s hard to beat El Caminito del Rey (The King’s little pathway). This thin path was bolted to the sides of a steep, narrow gorge in El Chorro, Spain, at the beginning of the 20th century to connect two hydroelectric plants. Now in disrepair, it has become a hotspot for adrenaline junkies who want to live on the edge, literally.

If this is your type of adventure, get there soon. The Spanish government has plans to repair the path, making it safer and more accessible—and eliminating the danger buzz.

There’s a world of wonders out there for people of all personalities, tastes and interests. Don’t limit yourself to tourist traps and miss all the beauty and excitement international travel can truly offer.