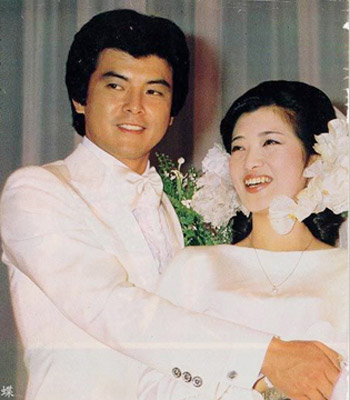 In recent years, many under-noticed people groups are gaining acceptance and publicity on the big screen. One group that has made its way to the silver screen is that of interracial couples. The marriage of an interracial couple would have caused a social outcry 200 years ago, but as people became more enlightened, the union has gained acceptance and approval.

After two seasons of a developing sexual tension, detectives Jake Peralta and Amy Santiago have finally developed a blissful union. Pasty Samberg is a stark contrast to the Latina beauty of Fumero. Within the sitcom, there are two other interracial couples, taking up the reins for solidarity everywhere.

Perhaps one of the most stereotyped people groups has always been Asians. On Crazy Ex-Girlfriend, Asian-American Josh Chan is the former boyfriend of Rebecca Bunch. Chan’s family portrays a “typical” Filipino-American family thanksgiving dinner, that Rebecca Bunch, unfortunately, attends. This show has been critically acclaimed for changing societal perceptions of Asian-Americans.

This steamy new drama has no shortage of romance between races in its cast. Powerhouse Cookie finds herself dating the steamingly exotic Laz Delgado in the recent season. Additionally, Mimi Whiteman finds herself paired up with just about everyone in the cast, with no discretion as to race or gender. Other members of the cast remained strong in their interracial relationships, including the marriage of Andre and Rhonda.

Fresh Off the Boat

Kids start out so innocent, but have a tendency to pick up the stereotypes and misconceptions present in society around them. Perhaps this is why ABC’s hit comedy Fresh Off the Boat brought such a bright perspective to young interracial interactions. Eddie Huang represents a strong Asian-American character who falls in love with the flute-playing, hip hop lover Alison.

If there is anything Americans love, it is superheros. Recent success of comic book-based television show, Jessica Jones, demonstrates just how popular this genre of film has become. In the most recent season, Jones pairs up with Luke Cage, a bar owner with unbreakable skin. Their superpowered union is sure to cause sparks to fly in the coming seasons.

Representing Indian-Americans everywhere, Aziz Ansari has brought a refreshingly hilarious perspective to racial representation in the media. Ansari stars as Dev, working as an actor, as he falls head over heels with American-bred, music publicist Rachel. Master of None has gone above and beyond to break down racial stereotypes in America and bring awareness to interracial interactions.