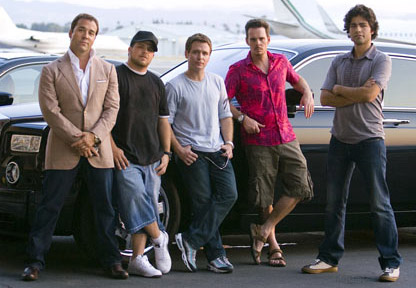 HBO has announced that Entourage, the pay-cable network’s longest-running show, will be ending after its eighth and final season. The show is currently filming season seven, and HBO has negotiated with Entourage creator Doug Ellin for a shortened eighth season, which will likely comprise about six episodes.

There’s also talk of a film to follow the series, a la Sex In the City, but nothing is official yet. Meanwhile, HBO president of programming Michael Lombardo tells The Hollywood Reporter that he expects his network to sign Ellin for a brand new show of his own creation in the next few years.