What results when politics, greed, and infidelity are put together in one show? That’s Scandal for you. Created by Shonda Rhimes, the same woman who gave viewers the likes of Grey’s Anatomy and Private Practice, this television series will keep you wanting for more. If you missed the first three seasons, read on to see how the show has unfolded to the viewers so far before Season 4 hits the screens.

To make it a lot easier for you to jump on board the Scandal, use Television Fanatic, a browser extension that lets you watch TV online for free. It scours the web to deliver thousands of indexed new shows in a single application. Television Fanatic finds free TV shows so you don’t have to. You can check their website, and  watch Scandal online.

What is Scandal About?

Scandal is partly based on Judy Smith, a former press aide in the George H.W. Bush administration, who is a co-executive producer for the series. The story takes place in Washington, D.C. and focuses on the central character’s crisis management firm and its staff. The connection of the characters with the White House provides the controversial twist.

The story revolves around Olivia Pope, the former White House Communications Director for the President of the United States, Fitzgerald Grant. She established Olivia Pope and Associates, her own crisis management team, to dedicate her life to protecting the image of the nation’s elite. Pope is played by Kerry Washington while Tony Goldwyn takes on the role of Grant. 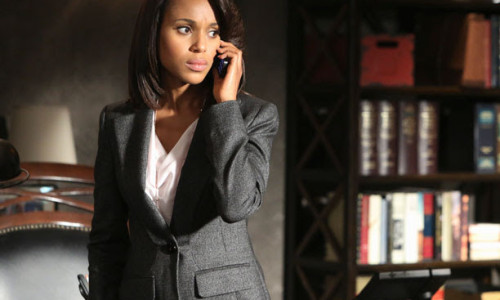 Abby Whelan, an investigator formerly married to Virginia governor James Putney. She is extremely loyal to Olivia because of her help to get Abby’s life together after a failed marriage. Kathie Lowes is Quinn Perkins, later revealed as Lindsay Dwyerwho is on trial for murdering her ex-boyfriend and at least 6 other people. She is the newest recruit of the firm. Guillermo Diaz isHuck, the tech guy in Olivia’s firm. His past included espionage and torturing or murdering American “traitors”. Columbus Short played Harrison Wright from Seasons 1-3, a litigator working for Olivia. He owes Olivia for having defended him pro bono for an insider trading case. Henry Ian Cusick as Stephen Finch was only seen in Season 1. He was likewise a litigator who worked in Olivia’s firm after his recovery from a nervous breakdown.

On the other side of the fence are the equally interesting personalities of the White House. Jeff Perry is Cyrus Rutherford Beene, the White House Chief of Staff. He is extremely loyal to the President and is willing to kill to protect him. He is gay and married to journalist James Novak. He was Olivia’s mentor but wages war on her when she decides to represent Amanda Tanner played by Liza Weil. Bellamy Young is the First Lady Melody “Mellie” Grant. A cold and calculating woman, she is determined to stay in the White House even without the benefit of getting love from her husband. Joshua Malina is David Rosen, the Assistant U.S. Attorney who is a stickler for the law. He has a love-hate relationship with Olivia’s firm depending on the situation. Scott Foley plays Jake Ballard, a US Navy officer who spies on Olivia at the request of President Grant. He worked under Rowan Pope, Olivia’s father, under the elite CIA black ops program B613 whom he eventually replaced as Director.

Season 1 served as the introduction of all the main and recurring characters. Olivia Pope and then-Governor Fitzgerald Grant were having an affair that continued on to his presidency. Olivia decides that it is best to end the relationship thus her decision to resign and open her crisis management firm. All throughout the season, Olivia demonstrates her tremendous dedication to her work and staff who she has all helped one way or the other. The biggest challenge comes when Olivia finds herself at odds with her former lover, President Grant, and former mentor, Cyrus Beene regarding the case of Amanda Tanner. Amanda claims she had sexual relations with the President and Olivia find herself believing Amanda and representing her in court. Meanwhile, Quinn Perkins got entangled with the murder of her boyfriend/reporter who was piecing together the Amanda Tanner story.

A trial reveals that Quinn is actually Lindsay Dwyer who is involved in the Cytron office bombing. Olivia successfully maneuvers to win Quinn’s freedom even with what appears to be a solid case against her by David Rosen. Season 2 focused on the efforts of ensuring President Grant’s reelection win while providing material to support the fact that he won his first term through a rigged election which was unknown to the President himself. Mellie finally revealed to the world her husband’s extramarital affair with Olivia. She gets rescued from an aggressive press by Jake Ballard, upon the instruction of Rowan Pope, whom she only knows as dad.

A White House employee takes the fall as President Grant’s mistress. Olivia proceeds working on the reelection campaign. Even with Olivia’s real passion for President Grant, she strikes up a fake relationship with Jake that turned to something real. A host of characters were shown going through their own personal conflicts. President Grant won the election while Olivia leaves her post to go with Jake.

You can watch Scandal online right from your browser and for FREE at http://www.televisionfanatic.com/