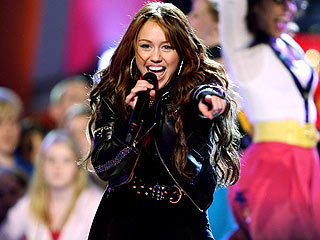 The Kids’ Choice Awards named Miley Cyrus the fans’ Favorite TV actress and SInger — and did her the great favor of sparing her from being bathed in a bucket of green slime.

Unfortunately, Indiana Jones and the Kingdom of the Crystal Skull star Harrison Ford took the bullet — or rather, the bucket. He takes comfort from being in good, if slightly “greenish” company: Justin Timberlake, Nicole Kidman, Pink and Johnny Depp.

Cameron Diaz got back-to-back awards two years running — last year, she took home “Big Burp Award” and this year, she got the “Wanna Be Award.”