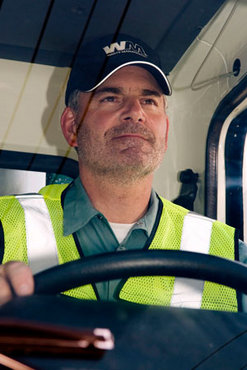 What do you do after watching the Super Bowl? Last night, those who didn’t feel like getting of their couches or bothering to even pick up tjeir remote all have the same answer – watch “Undercover Boss”.

Undercover Boss is CBS newest reality show. Each episode features a CEO of a big company go “undercover” by changing names and donning the uniform of regular Joes. The CEO then works alongside his own employees while cameras roll to “document the plight of laid off people looking for an entry level job”.

Undercover Boss’ first episode showed Waste Management, Inc. President and COO Larry O’Donnell sorting trash and being chided for being too slow at it. It also showed workers hurrying to meet productivity and punch in on time.

I did not get to watch last night’s episode but the reviews has definitely peaked my interest, not because they are all good but because of the scathing reviews. The show, according to Hank Stuever of Washington Post, is “an unbelievably juicy PR opportunity for the companies that agreed to do the project and a manipulative bummer for the unwitting employees who have the misfortune of appearing on it.” A sentiment that many seem to echo. However, others who have watched still seemed entertained. And of course, there’s still this optimistic side of me who wishes that the impact to CEOs will be real and will really trickle down.

Real or PR. Good or bad. One thing’s for sure: people are intrigued. In fact, Undercover Boss is currently the 24th most popular search term in the last hour according to Google!!! I’m sure that makes CBS happy.