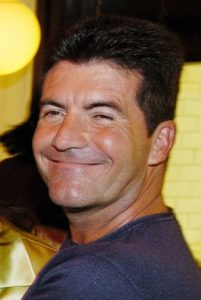 It’s Christmas Eve and here I am writing about Simon Cowell. Got to figure out what that means. ^_^
Simon’s making waves yet again (Last week I wrote about his internet reality show – If I Can Dream) after his older brother Tony announced in his podcast, The Cowell Factor, that next year’ll be his last as a judge in American Idol. According to Tony, “Simon will leave Idol at the end of 2010 to concentrate on bringing the American version of X Factor to U.S. TV in 2011.” This means that Simon will still have a very hectic schedule sans Idol. Good for him but that still leaves his fans with many questions.

Will he be appearing on screen for either of his shows (X Factor and If I Can Dream) or will he be staying in the background?

Who will be replacing him in Idol? With Simon leaving, Randy Jackson will be the only remaining original judge. Not that I don’t like Randy but the dynamics just simply won’t be the same. How sucky will Idol be with only Randy, Ellen and Kara?

What will this mean for Idol? With X Factor, also a very successful singing competition (albeit in the UK), coming into the scene we’ll just have to wait and see what the impact to Idol will be.

As for now I leave you with this to mull over while you pretend to sleep with all the racket Santa’s making while delivering presents – Is it right to be thinking of Simon Cowell’s impact on our viewing habits on Christmas eve?

Have a happy Christmas everyone!