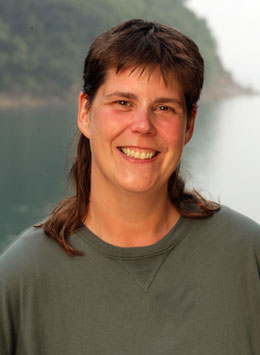 Denise Martin, who complained that she’d lost her job because of appearing on “Survivor: China”was forced to admit that she had lied.

Martin told viewers that after leaving Survivor, the school stripped her of her job as lunch lady, where she earned $7 an hour. Out of sympathy, the producer gave her $50,000.

But here’s a basic tip — never lie on national television. Angry viewers contacted the school, accusing it of discrimination. The server crashing from the sheer number of mails. School Superintendent Nancy T. Lane then told reporters that she’d actually been promoted (which Martin eventually confirmed).

“It was not my intention to be misl eading,” Martin said from a studio in Los Angeles. “I’m sorry, and I apologize to everybody. Believe me, I wish none of this had happened. I couldn’t say I’m sorry enough.”

Martin then (grudgingly?) gave up the $50,000, saying: “I would instead ask that it be donated to the Elizabeth Glaser Pediatric AIDS Foundation.”