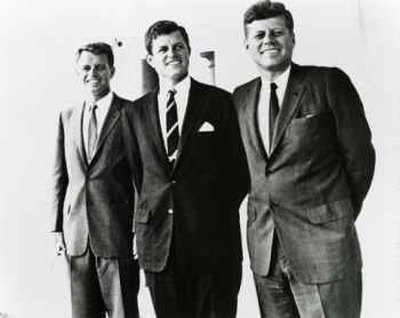 History Channel is coming up with its first ever scripted project and they sure picked a really good topic for their first – the Kennedys. No doubt the Kennedy family is worthy of its own TV mini series and that is exactly what History Channel will be bringing us come next year (2011).

The new series, which will come as an 8-hour series, has already been casted but is yet to start filming. The present cast lineup include big stars like Greg Kinnear (Pres. John F. Kennedy), Katie Holmes (Jacqueline Kennedy), Tom Wilkinson (Ambassador Joe Kennedy Sr), and Barry Pepper (Robert F Kennedy).

The mini-series will be focusing on the most popular Kennedy family member President John F Kennedy (of course!) but will also look into the story of the entire Kennedy political dynasty. As a story the show will surely be entertaining though we all know it will end with John Kennedy getting shot. Maybe it will just be shown at one of the episodes and it won’t end with that tragedy, which will totally be anti-climactic but who wants a closed ending anyway, right?

Even as early as now the show is already generating much talk not only because of its cast but also because of what critics point out as inaccuracies in the script. Since History Channel is presenting it as a scripted mini-series I guess a little tweaking to make for good TV is allowed, after all if we wanted a pure documentary then we have a lot of stuff on the Kennedys from the network including the DVD sets on both JFK and the Kennedy family.