American Idol Season 12 has already picked its Top 20 finalists after the Hollywood and Las Vegas rounds and is now in its semi finals. And this early, predictions are strong that a female will bag this year’s crown. It’s been six years since AI had a female champ in the person of Jordin Sparks. 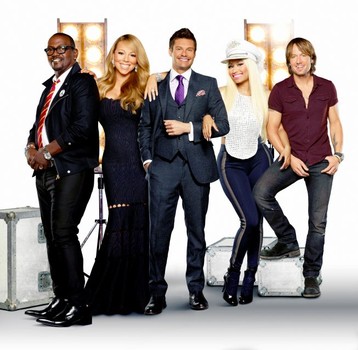 Sparks beat Blake Lewis in the May 2007 finale. For American Idol’s first six years, the females came out triumphant in the competition. Former champs include Kelly Clarkson, Fantasia Barrino and Carrie Underwood.

The last six years saw white males with their guitars winning the competition. These include David Cook and last year’s Philip Philips who won over Jessica Sanchez, who herself had a great following worldwide.

With Nicki Minaj and Mariah Carey in the panel of judges, it’s been noted that they chose more female singers several of whom are still in their teens. But the young aspirants are not to be outdone because they’ve shown a great potential to become breakout stars. Among the standout teen singers are Juliana Chahayed (15), Shubha Vedula (17) and the country pair of Jenny Beth Willis and Janelle Arthur.

Even male judge Keith Urban thinks it’s going to be a year for the girls. Although not really his bets, Urban mentioned a few girls and their stellar performance. Angela Miller, he said, did pretty well when she performed her own composition while he praised Kree Harrison as extraordinarily gifted in an unusual way. Urban also described Zoanette Johnson as a box of chocolates for having unique gifts.