Survivor Tocantins is finally over and I can breathe a sigh of relief because JT, “The Warrior”, got everything he deserved – $1.1 million. JT not only got ALL the votes of the jury but also got the fan favourite award. I won’t be giving a recap of the finale but will be simply cite some of its best moments.

Taj getting voted off – I wasn’t happy about it but the twist sure was interesting. The only thing I didn’t like about it was that it completely turned Taj against JT and Stephen.
Final immunity challenge – My stomach had butterflies in it the whole time. Good thing that JT is as good as he is (or maybe Erinn and Stephen were just so bad at concentrating) because I wouldn’t have cared to watch the rest of the show if he didn’t get immunity. Come on it was so obvious that Stephen really was going to turn his back on JT. So obvious he was already feeling totally guilty about it.
JT’s vote – I was so proud of JT for voting Stephen, who at that time clearly wasn’t the smart but moral choice. Just shows how much a man of his word JT is.
Debbie’s and Taj’s questions – They revealed Stephen for who he really was.
Unanimous vote for JT – Taj said it all when she said voting JT because “just never came up because he was too sweet…you just can’t find anything wrong with him.”
The tears – Sorry but I just need to gush over JT. The happiest day of his life as he says and we’re all so happy for him too.
Coach blindsides Jeff Probst – This post won’t be complete without something about Ben “Coach” Wade. I know almost everyone hated him but I actually loved every moment of Survivor Tocantins more because of this weirdly entertaining fellow. I was so glad that he was vindicated for his “native captured” story by the lie detector test. Jeff Probst was so funny saying that he “believed you [Coach] all along.”
The real dragon slayer – Coach’s lady friend says she knows the other side of Ben Wade and said, “I slay the dragon.” Classic.

So what’s up for the next season? Survivor will be headed back for Samoa and you can be sure we’ll all be watching. I doubt the next season will show anyone as likable as JT and as colourful as Coach though I hope they do or it just might pale in comparison to this season!

This couple may not have won the grand prize of Survivor: China but they found true love. In fact, Jaime Dugan and Erik Huffman have just announced their engagement and have even signed up for another reality show together — this time about planning a wedding. Congratulations to Jeff Probst, who took home the first Emmy for the category of Reality Show Host. Probst has been the host of the highly popular show, Survivor.

Did you catch the last episode of Survivor? We won’t spoil the fun by telling you all the details. Instead, click here to get the results and behind the scenes clips that were never aired. It’ll be your last “Survivor fix” before the next season! You can also read this for a synopsis. 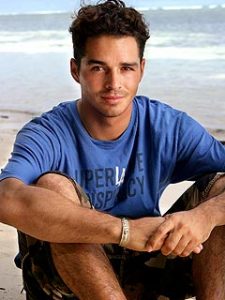 can you believe it? Guess who was ousted from “Survivor: Micronesia?” Ozzy! Partly his fault for giving in to the temptation of three chocolate-dipped donuts (bet he’ll never eat those again!), and for thinking that he could get everyone to vote Jason out. But Cirie’s better at scheming than he is… get the full episode synopsis here.