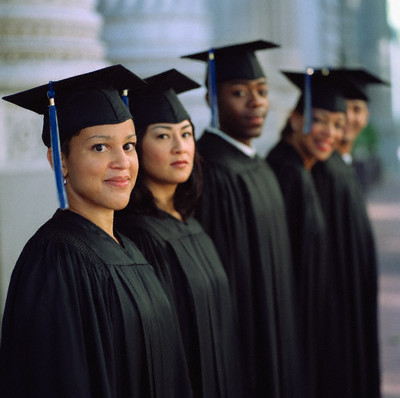 With a newborn son whose life I’m projecting way into the future, I’ve been thinking a lot about college lately. In the United States, going to college is the social norm. Everyone goes to college (pretty much). But should they? Let me point to three reasons why college is no longer necessary for success.

1. The Internet rewards skills, not diplomas

The Internet is one giant performance rewarding machine. If you’ve already got skills, chances are you can be successful without 4 years of education. Since the Internet is driving society now, our society is moving more and more towards a performance based economy rather than academic credentials based. In the past, college degrees and the schools they came from mattered. But not as much any more. All companies want are results. And as we become better as a society in identifying results-based factors, it should become clear that they are not correlated with having a degree. Many people who get degrees are not competent for any career (many schools are like degree factories, passing students through). And others work in jobs completely unrelated to their education.

Distinguished Professor of Economics at Ohio University, Richard Vedder, argues that far too many people with college degrees end up with blue-collar jobs that didn’t require a college education. Further, because of this inefficiency, people who could have avoided college debt, are faced with a lifetime of financial struggle. Vedder goes on to point that from an economic perspective, this may not even be good for the overall economy, because social funds go towards to this inefficiency.

3. Expert level self-learning is possible with the Internet

Universities used to be the bastions of knowledge. Now, that title belongs to the Internet. Just like people in the past used to go to college because they wanted to learn, not because society virtually mandates it, now those who want to learn can easily do so via the Internet. Advanced knowledge in physics, chemistry, engineering, etc. is all possible via high speed Internet access.

Now, admittedly, there are good reasons to go to college. Very good reasons. But in so far as it has become a social absolute, I think there will be a correction in the near future as people realize that there is more to success than a diploma. Success comes down to performance. And performance doesn’t necessarily require a college education.

Ryan is the co-founder of Brainz.