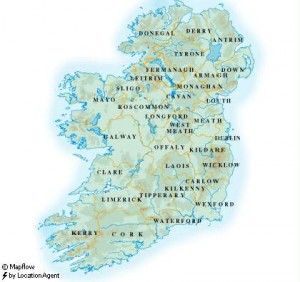 Whatever happened to the separation between Church and State? I guess that this principle differs largely from one country to another, but I was really surprised when I read about the new law that was passed in Ireland on Friday. Called the blasphemy law, it places hefty fines on people who commit violations. One such violation is to publish or utter â€œmatter that is grossly abusive or insulting in relation to matters held sacred by any religion, thereby causing outrage among a substantial number of the adherents of that religion.” This violation requires a fine that can go as high as 25,000 euros (USD 35,000)!

Donâ€™t get me wrong â€“ I am a person of very strong faith and religious ties. However, the whole thing about the government enacting such a law seems a little off to me. Atheist groups and other similar entities in Ireland are reacting a bit more â€“ as can only be expected.

A group called Atheist Ireland actually went as far as to publish content on its web site. What they did was to collect quotes from famous and respected people â€“ quotes which can be considered blasphemous under the law. Interestingly enough, the quotes came from figures such as Jesus Christ, Muhammad, and Pope Benedict XVI â€“ all religious icons. By doing this, the group might just get in trouble with the law.
Do you think that this law will hold water? Is it still applicable considering the time?