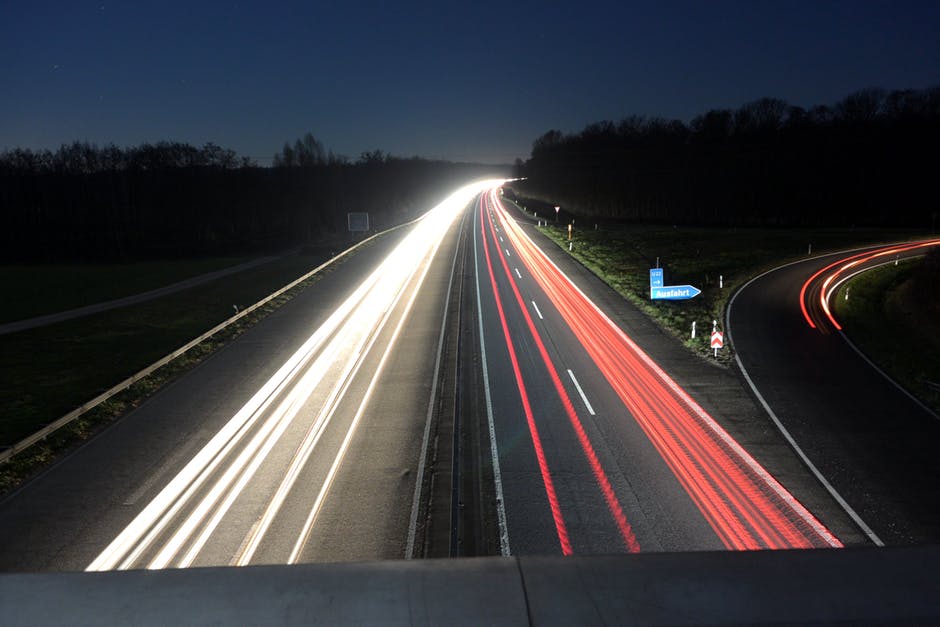 Use Your Lights Correctly

Your headlights are the best way to keep yourself safe when driving at night. According to Drive-Safely.net, most headlights only illuminate up to four seconds ahead of you, so make sure you’re not driving so fast that you wouldn’t be able to react to something that happens up to four seconds in front of you. Also, whenever possible, use your high beams. These brighter lights can make it easier for you to see out in front of your car. And if someone coming toward you forgets to turn their high beams off when they’re close to you, look toward the right side of the road and not directly at their lights to keep your eyes from having to adjust too much once that light has passed.

Because there are a lot of lights that can cause glares and flares during the night, it’s important to know what you can do to eliminate that glare. With too much glare coming through your windshield, you can have a very hard time seeing things clearly. If you’ve noticed that your windshield is producing too much glare from outside lights, Popular Mechanics recommends cleaning off the outside of your windshield with newspaper. Newspaper does a great job at removing any residue left on your windshield that causes glare. Try to avoid touching the windshield with your hand so your natural oils don’t make the glare worse rather than better.

Stay Awake and Keep Up Your Energy

Driving for just a short time or around town at night doesn’t normally cause people too many problems with staying awake. However, if you’re on a road trip or are traveling for a long distance in the dark, it’s not uncommon for people to have to fight fatigue and sleepiness. According to Andrei Zakhareuski, a contributor to Driving-Tests.org, the best thing to do if you start nodding off is to pull over and get some rest. If you don’t feel too tired yet but are worried that you might start getting sleepy, try doing things like singing along to the radio, rolling the windows down for some fresh air, or getting some coffee from a gas station along the way.

If you’re concerned about being safe while driving at night, use the tips mentioned above to help you do just that.