Whether you’re living with a family or alone, having a pet in the home has many benefits. Animals can be great companions and can be your source of strength, inspiration and love. It is for these reasons that many people love to raise a pet in their homes. Some of them even have more two and of different kinds. 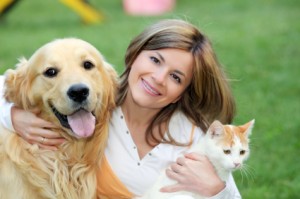 In terms of physical health, scientists have found that cats and dogs can help in fighting disease and in coping with chronic conditions. It was discovered that these two animals have a biochemical effect on a person’s body chemistry.

Contrary to what many people believe, having pets also lessens the risk of children having allergies and asthma. New research has found that small kids including newborns living with pets actually had higher levels of immune system chemicals. This only means that they even develop a stronger immune system because of this animal exposure.

Did you know that cats also help cut the risk of heart attack in humans? A study that covered some 4,500 adults found that those who have this feline pet were able to lower their risk of a heart attack by 40 percent. Petting the cat, according to the findings, was found to lower blood pressure.

Dogs were also found to have the same positive effect. Taking care of a dog lowers blood pressure and cholesterol. It also helps as the pet owner is encouraged to do some walking as well when he takes the dog out for an exercise.

Pets also help in reducing stress. A Mindlab International survey, for instance, has found that 55 percent of people were able to relax and 44 percent were less worried about certain issues including
finances and job security after being with their pets. Psychologists point out that interacting with a dog or any other pet can promote feelings of relaxation and contentment.

Research has also found that many people consider their pets as their best friend while some talk to their pets and even confide their deepest thoughts with their beloved animal.

These benefits should give you every reason to get a pet. Don’t wait any longer, do it now.