Once again reinforcing the fact that cable television is where the quality is at, the 68th Annual Golden Globe Nominations were announced just minutes ago, and pay-cable networks HBO and Showtime were the over-achievers, although Fox’s Glee got the most love of any single show.

HBO leads the nominees with 12 nods, while Showtime follows at 8. CBS and Fox scored 6 each, while AMC earned 5 nominations. In cumulative series nods, Glee got 5, followed by 3 nominations each for 30 Rock, Boardwalk Empire, Dexter, The Good Wife, Mad Men, Modern Family, Pillars of the Earth, and Temple Grandin.

The complete television nominations are listed below.

Hopes were dashed for Lost to win for its final season, and major favorite Glee took home only two awards — one for actress Jane Lynch and one for show creator Ryan Murphy’s direction of the pilot. The big winner was HBO with eight total awards (most for miniseries Temple Grandin), followed by AMC with four (which was awarded for Mad Men), and three each for ABC and CBS.

But when you add in the awards given out at the Creative Arts Emmys last week, the totals stack up a little differently. HBO is still in first place with 25 total awards, but ABC is second with 18, followed by Fox with 11, CBS with 10, and NBC with 8.

Totals for shows look like this: 8 for HBO’s The Pacific, 7 for HBO’s Temple Grandin, 6 for ABC’s Modern Family, and 4 each for Disney’s Prep & Landing, Glee, and Mad Men.

The complete list of winners is after the jump.

END_OF_DOCUMENT_TOKEN_TO_BE_REPLACED

When Jimmy Fallon takes the stage this Sunday night to host the 62nd Primetime Emmy Awards, you can Tweet suggestions for his on-camera introductions of the show’s celebrity presenters. Fallon and his staff will pick their favorites from the suggestions and he’ll use them on the show.

Fallon has used this tactic on his late-night show before, usually to very funny results. Plus, it gives fans at home a deeper investment in the goings-on when they Tweet something from their living room and five minutes later it’s on live television, going out to millions of people. Jimmy Fallon has always been the most tech-savvy late-night talk show host, having embraced gadgetry and social media from the very beginning of his run on NBC‘s Late Night.

To submit your introduction suggestions to Fallon & Co. for the Emmys, just Tweet your line using the hashtag “#imontheemmys” or visit nbc.com/imontheemmys. The site will also show other fans’ submissions and the full list of presenters.

Emmy producers have streamlined this year’s Primetime Awards show by cutting several secondary categories and shoving them into the Creative Arts Emmys ceremony. As a result, a number of semi-major awards were announced Saturday night. Click through for a full rundown.

END_OF_DOCUMENT_TOKEN_TO_BE_REPLACED 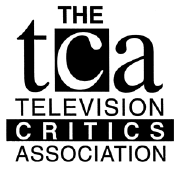